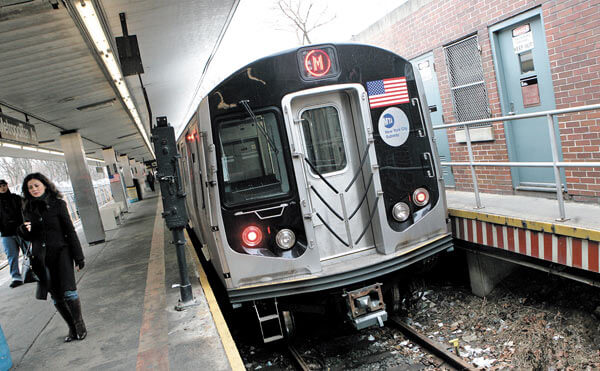 Three years ago, the MTA was in such financial straits that it had to shut down or curtail dozens of bus and subway lines in Queens and other parts of the city.

Now the Metropolitan Transportation Authority is in the process of restoring service, using $18 million from the state and from toll and fare increases as well as savings from years of cost cutting throughout the MTA.

“For the second year in a row, the state has invested in significant enhancements and expansions to our state’s transit system that will improve the experience of the 8 million commuters who use the MTA,” said Gov. Andrew Cuomo.

The MTA said Monday it would increase the number of trains and restore weekend service on the Q31 bus between Bayside and Jamaica and the Q77 running from Laurelton to Jamaica. The MTA announced it would add additional G trains on weekdays between 3 p.m. and 9 p.m. and operate them every eight minutes rather than the present 10 minutes.

M trains will run from Queens to Delancey-Essex Streets in Manhattan on weekends instead of terminating at Myrtle Avenue in Brooklyn. The MTA said this would cut the numbers of transfers and shorten waiting time for 37,000 riders.

The MTA will spend $7.9 million annually on new bus and subway service as well as $5.9 million to enhance transit riders’ environment with additional track and station cleaning, more controllers to manage service on numbered subway lines and more security cameras.

On the Long Island Rail Road, half-hourly service on weekends will be restored to the Port Washington line, while six other LIRR lines will have improved service to Nassau and Suffolk counties.

The restorations, in their second consecutive year, are scheduled to be phased in throughout the next year.

MTA Chairman Thomas Prendergast said financial conditions at the transit agency were better than when the cuts were carried out but still precarious.

“There are other services that we would like to restore, expand or initiate, and we hope to one day,” Prendergast said. “We do not want to be in a position where we restore or add a new service today, only to have to pull it back next year.”