As more families are making western Queens home, child-centered businesses are springing up. We talked to the owners of four businesses in Astoria, Long Island City and Sunnyside that cater to kids and make life a little easier for parents.

If you are looking to involve your children in a safe, social play environment, check out these businesses:

When sisters Eleni Graciano and Thekla Manoloudis took over Raising Astoria from its original owners, they took what was already a great space for children and adults to socialize and turned it up a notch.

“We have since made significant changes to the space to make it our own, and we feel like we are making a footprint in the neighborhood as families come to us to meet new people, and for the children to get a head start in early learning,” Graciano said.

Raising Astoria is a multi-use space that offers “pre-school classes for early learners (18+ months to 4 years), a weekly live music performance (concert!) for children of all ages, a music education program with songs from around the world, baby developmental movement, maternity classes, after-school dance and yoga classes for kids ages 4+,” Graciano explained.

Along with classes, toys are of paramount importance for the space. “We also offer tons of toys including a bounce house, full kitchen with utensils and play food, ride-on dinosaur, play house, books and a train set that can be used during open play hours and also when we host birthday parties, baby showers and other private functions,” Graciano said.

As “transplant” parents themselves, Graciano and Manoloudis recognized the importance of making new parent friends and set out to make Raising Astoria a community. Coming into an already established location in the central Ditmars area helped move their success along.

“We feel very lucky to be able to work and live in one of the most safe, culturally diverse and dynamic neighborhoods in New York,” she said.

As new business owners, Graciano and Manoloudis make a point to listen to feedback from their customers.

“We keep our prices very affordable to make sure that our classes and activities are accessible to everyone,” Graciano said.

They even offer childcare on Friday nights for those rejuvenating and rare nights out. After moving to Long Island City from Dallas, Texas, with her husband and 2-month-old in 2014, Linda Nguyen was faced with a major adjustment and lifestyle shift. After experiencing prenatal and postpartum depression, she came to the realization that she might be able to do something about it. During that initial period of adjustment, there were few options.

“There wasn’t anywhere I could go to ‘learn’ how to be a parent or really socialize myself and my child,” Nguyen said. “It became increasingly difficult with harsh winters and excruciatingly hot summers, because we would stay home and go stir-crazy. I realized with the influx of young families to LIC, there was a need for a safe and clean indoor play space where parents could come to play with their child. On the same note, I knew I wanted to provide the support services that were lacking in this up-and-coming neighborhood.”

To develop a sense of what she wanted, Nguyen did “field research” by going to more than 100 different play spaces and enrichment classes around New York City, all while continuing to battle postpartum depression. Two and half years later, City Owlets was born.

“The whole playcafe business, from conception to grand opening, was executed while I battled postpartum depression for two years,” Nguyen said.

Her extensive research helped lay the foundation for City Owlets and the sense of community she wanted to create.

“I think a lot of our customers feel like this is their ‘nest’ as well, because City Owlets was built from a parent’s perspective. We’ve experienced such a warm welcome from the LIC community and surrounding areas since even before we’ve opened, because I have updated our build-out progress on Facebook from day one.” City Owlets offers something for both parents and babies, including enrichment classes for children, workshops for parents and birthday party rentals.

Children can choose from music, arts and crafts, foreign language, baby sign language, sensory and active engagement classes. For mommy, there are prenatal yoga and babywearing classes, as well as support for pumping and breastfeeding, sleep issues and postpartum depression.

“We would like ‘preggers,’ first-time mommies, seasoned mommies to meet up to celebrate motherhood, share their trials and tribulations and learn from each other,” Nguyen said.

Nguyen wants to “help build and unify the community, because through providing a platform to share experiences, we become each other’s shoulder to lean on and assist each other in navigating our parenting journeys.” Tina Mavrelis-Charalambous was born in Greece, but her family immigrated to the United States and settled in Astoria when she was 1 year old. Now, she’s a vital part of the Astoria community as the proud owner of Gym-azing on 23rd Avenue. A mother of three, Mavrelis-Charalambous saw the need for a business like Gym-azing in western Queens.

“I understood the need in Astoria for a child-friendly, clean space where children and their caregivers felt it was a second home,” she said.

The idea of opening a child-focused business for play and fitness sprouted in 2009, and Gym-azing opened its doors in 2010. Seven years later, Mavrelis-Charalambous has had much success with a variety of classes and programs for children of all ages, ranging from babies to teenagers.

“For the younger ages we have the programs Music Together, SocRoc and Toddler Ballet,” she said. “For the walking toddlers, we have a fun and educational program Messy Art and Story Time followed by free open play.”

There are even options for the older children including, ballet, jazz, tap, bootcamp, capoeira and the jam-packed hip-hop classes.

“Our hip-hop team goes to state competition and does great,” Mavrelis-Charalambous said.

Gym-azing also hosts birthday parties, where they take care of the whole kit and caboodle, including invitations, theme decorations, a bounce house, face painting, a bubble machine, animal balloons, activities and dancing. Walking by the colorful Gym-azing storefront, one can see that whatever the business is doing seems to be working as classes are usually full and much fun is being had by all. Mavrelis-Charalambous stays connected to the community “via social media, advertising, word-of-mouth recommendations and our five-star reviews on Yelp,” she said.

Check out their website for the variety of parties and classes they offer. Another diverse and nearby neighborhood playspace is Sunnyside Plays, which is “a cafe, indoor playspace, party venue, a hub and meeting place for cultural and social events, seasonal celebrations, and education activities,” explained owner Edmond Kim.

Kim and Vanessa Quinn, the married co-owners of Sunnyside Plays, quickly learned when becoming parents that there was a limit to the number of children they could invite to a birthday party held in their New York apartment.

“We searched for places to hold a party but it seemed that all venues in the vicinity were booked for months,” Kim said. With so many new families popping up, the couple set out to create a “flexible space that provides a safe, stimulating and nurturing environment for families, but is also open enough to accommodate different programs for everyone,” Kim said.

Sunnyside Plays has a lot to look forward to such as an Easter celebration, a pop-up book workshop, cooking and art classes and more, the couple explained.

“One of the pleasures of running a play space is that children are inherently happy to be here,” Kim said. “Our best reviews come from the children who don’t want to leave. It’s natural and easy to present ourselves as warm and welcoming when our clientele act the same.” 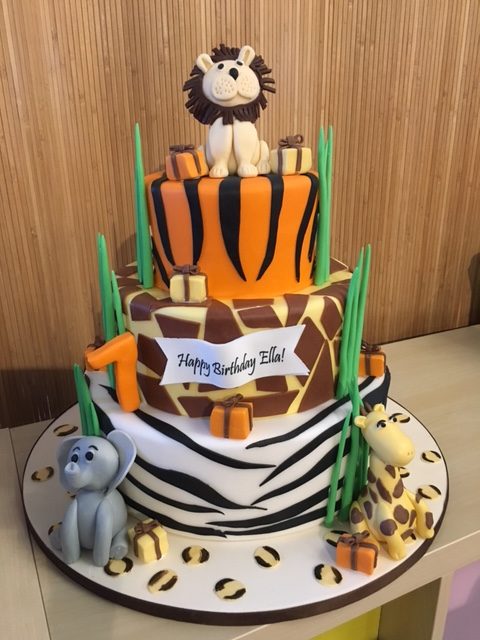