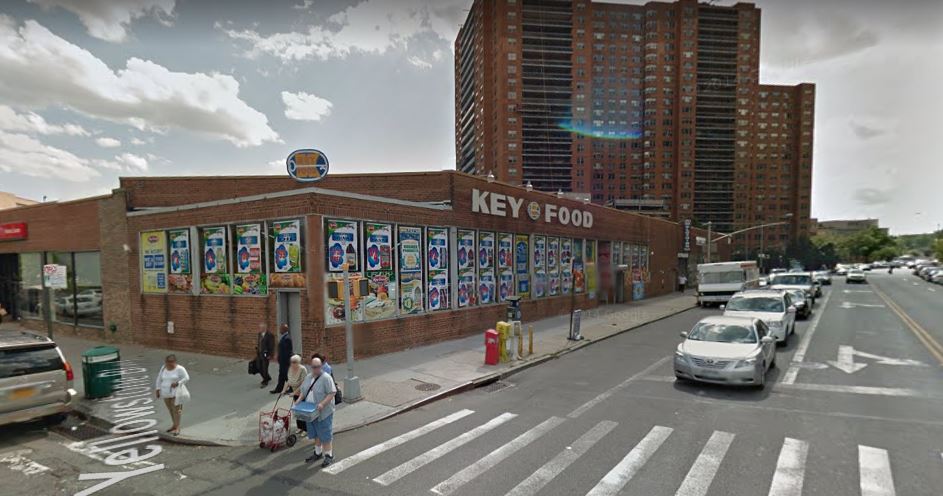 A popular supermarket in Forest Hills that’s served the community for decades will soon be demolished to make way for a high-rise apartment building with 170 units, it was reported on Thursday.

According to The Real Deal, Slate Property Group recently filed a demolition permit to knock down the one-story Key Food supermarket at the corner of Queens and Yellowstone boulevards. The site has three addresses: 69-65 Yellowstone Blvd., 105-02 Queens Blvd. and 105-25 Gerard Pl.

In its place, the June 29 article continued, Slate plans to erect an 11-story apartment building encompassing 230,000 square feet. The ground floor will have 40,000 square feet of retail space.

The Key Food is operated by Dan’s Supreme Supermarkets, a local chain that the Gross and Globman families own. The Real Deal reported last year that the families partnered with Slate Property Group to similarly redevelop a Key Food site in Brooklyn.

But the Key Food in Forest Hills is still open at the moment. When contacted by QNS, a store employee said they were not aware of the reports of the supermarket’s demolition.

According to PropertyShark, the one-story building was built in 1966 and is located in a commercial zoning district. Several other tenants occupy the structure, including a Bank of America home loan center, a private parking garage and a car dealership.

Key Food is the closest supermarket to Parker Towers, a luxury apartment complex directly across the street. It’s also two blocks away from the 112th Precinct stationhouse, J.H.S. 190 and the popular Austin Street shopping strip.

The Real Deal reported that Slate plans to file the blueprints in the next several months, and the building is projected be completed by 2020.

QNS reached out to Slate Property Group and is awaiting a response.