By Annabelle Blair Posted on September 22, 2017 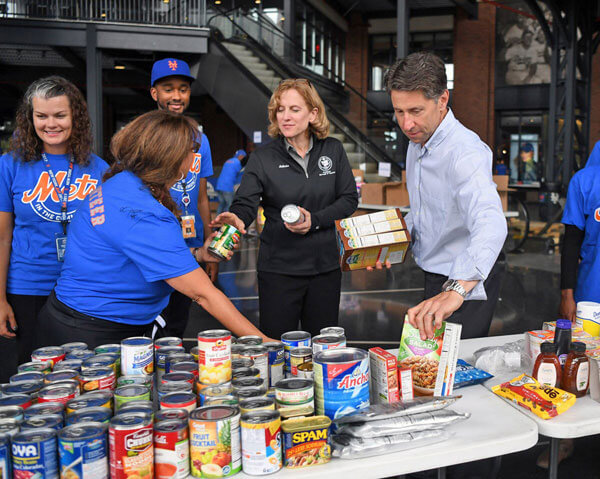 From Queens businesses to politicians, adults to schoolchildren, residents who remember the devastation of Hurricane Sandy in 2012 are donating funds and supplies for the Hurricane Harvey and Irma relief efforts.

Collections can be mailed to Maura Buckley at 211-60 Breezy Point Blvd., Breezy Point, NY 11697, or dropped off at a location in Broad Channel, Breezy Point, Rockaway, Marine Park in Brooklyn, Gerritsen Beach in Brooklyn and the Westfield, N.J., area. Please include “Attention Operation Kid Comfort/Maura Buckley” on the envelope and indicate if you’d like the donation to go to Florida or Texas.

Donors can also drop off gift cards and other monetary donations at the Rockaway Business Alliance information table during the Rock-A-Block Blvd. festival Sept. 23 and Oct. 7. The table will be located on Rockaway Beach Boulevard and 91st Street. Visit the Operation Kid Comfort Facebook page for more details.

Operation Kid Comfort was started in 2013 by Maura Buckley, who still feels the devastation of Hurricane Sandy and wants to help people in similar situations. The funds will go to local groups in Texas and Florida, including the Cajun Navy Relief, Habitat for Humanity, as well as fire stations and church groups.

“Knowing how many people were there to help and support us will always help me keep my faith in humanity,” Buckley said of her own experience surviving Hurricane Sandy, on the Operation Kid Comfort Facebook page.

At Sts. Joachim and Anne, an elementary-middle school in Queens Village, students were allowed to ditch their school uniforms Sept. 15 for a donation of $1 or more towards hurricane relief efforts. The school raised $654, between students and faculty.

The “dress-down” fund-raiser is part of the National Catholic Educational Association’s Student-to-Student program. All of the funds raised will be given to Catholic school communities affected by the disaster, according to the NCEA website.

Assistant Principal Raffaele Corso said the 2007 hurricane in Haiti struck a nerve with members of the school’s parish.

“They know what it’s like to have that affect their family and friends,” Corso said. “In class, the kids will remember to say — as we lead them in their daily prayers and ask them who they want to pray for — ‘the people in Texas, the people in Florida.’”

“Mets fans and people throughout Queens and the entire New York metropolitan area have not forgotten how the rest of the country supported us in the wake of Sandy,” Katz said.

Donations will be delivered to the Houston Food Bank, which provides 800,000 meals each year in southeast Texas, and Mustard Seed, a community outreach organization serving Fort Pierce, Fla.

In Hamilton Beach, Roger Gendron, president of the Hamilton Beach Civic Association, spearheaded a drive and delivered close to 200 boxes of hygiene products to the Hi-Way Tabernacle Assembly of God in Cleveland, Texas. The drive took place during a Labor Day parade. In order to accommodate the abundance of donations received, Gendron rented a truck from Enterprise Truck Rental in Long Island City for a reduced fee.

Gendron and his uncle, Dan Beutner, drove about 30 hours, close to 1,800 miles, to drop off the supplies Sept. 10. Recipients were very grateful, according to Gendron.

Along with many others in Hamilton Beach, Gendron said he experienced Hurricane Sandy’s devastation firsthand and received support from other communities.

“In the back of your head, you always say, ‘It’ll be my turn, I’ll pay it back some day,’ ” he said. “It’s a wonderful feeling inside to know that we paid it forward — that we returned a favor.”

One Station Plaza, a restaurant in Bayside, was one of the many locations collecting donations for a drive organized by Bayside community leaders. Owner John Ryan said the response from the community was overwhelming.

“There was an unbelievable amount of donations,” he said. “It was piling up every day, and they were picking it up every day.”

Reach intern Annabelle Blair by email at ablai[email protected]local.com or phone at 718-260-4574