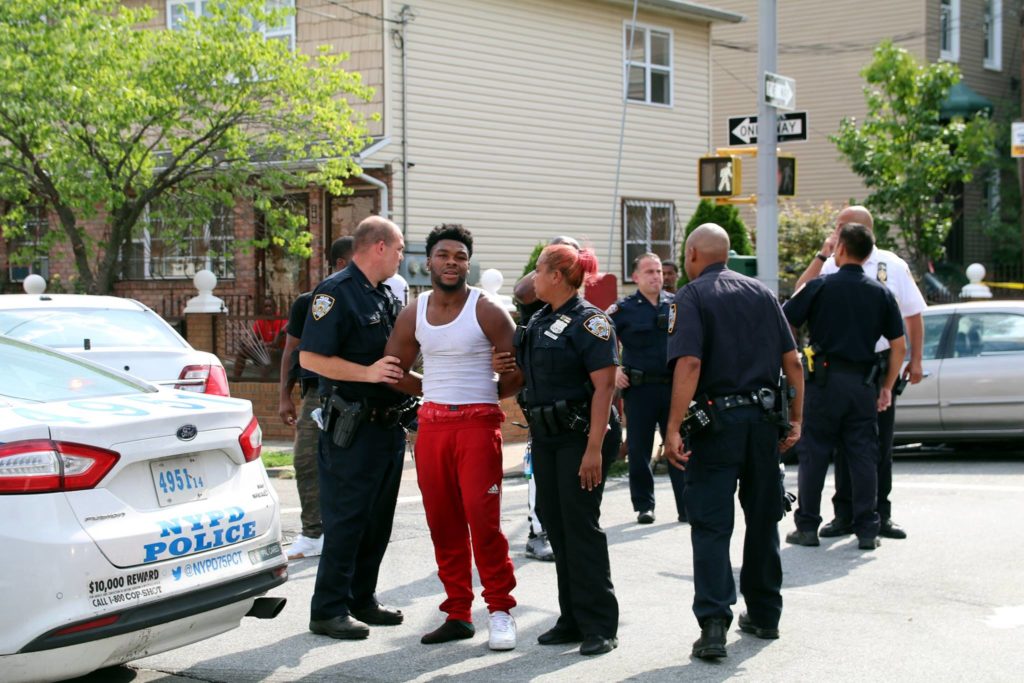 Two Brooklyn men are in custody after they robbed a Richmond Hill cellphone shop and led police in a car chase.

According to police, at 3:15 p.m. on Aug. 18, John Symby, 21, and Devin Baboolal, 22, robbed a T-Mobile store located in the vicinity of 120th Street and Atlantic Avenue. During the robbery, store employees slipped a tracking device into one of the bags of property that the suspects stole.

Police tracked the suspects, who led officers in a car chase that went through Brooklyn. The chase ended after the suspects crashed into another car, injuring two people in the process.

The victims were taken to a local hospital for treatment and police arrested Symby and Baboolal.