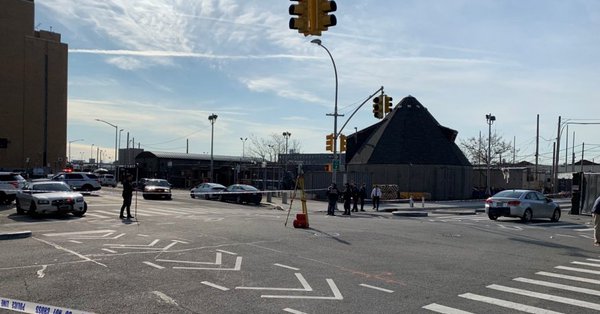 A 53-year-old man was struck and killed as he cycled near Hunters Point South Park in Long Island City Thursday morning, police reported.

The cyclist — identified as Robert Spencer, 53, of 50th Avenue in Long Island City — was hit by a 2014 Chevrolet Cruze near the intersection of Borden Avenue and 2nd Street just before 8 a.m., according to the NYPD.

Law enforcement sources said Spencer was traveling west on Borden Avenue when he was struck by the motorist operating the sedan, a 51-year-old woman, heading south on 2nd Street. Recently, lanes on that roadway have been narrowed due to ongoing construction projects.

Officers from the 108th Precinct and EMS units responded to the scene. Paramedics rushed Spencer to Mount Sinai Queens Hospital in Astoria, where he was pronounced dead.

The driver remained at the scene and no criminality is suspected, according to an NYPD spokesman who added the investigation continues.

“This morning, a cyclist was killed in LIC. Another awful tragedy. Another life lost. Another family shattered,” City Councilman Jimmy Van Bramer said. “We cannot normalize traffic violence and deaths. They cannot be a forgone conclusion. Cyclists deserve safety on our city’s roads like everyone else.”

Van Bramer added that it is time to invest in more sustainable transportation infrastructure such as more protected bike lanes to prevent anymore needless loss of life.

“It shouldn’t take a tragedy to prioritize cyclist safety,” state Senator Michael Gianaris said. “We must do better. My deepest condolences to the victim’s loved ones.”