Corona celebrates the opening of an affordable housing residence for seniors 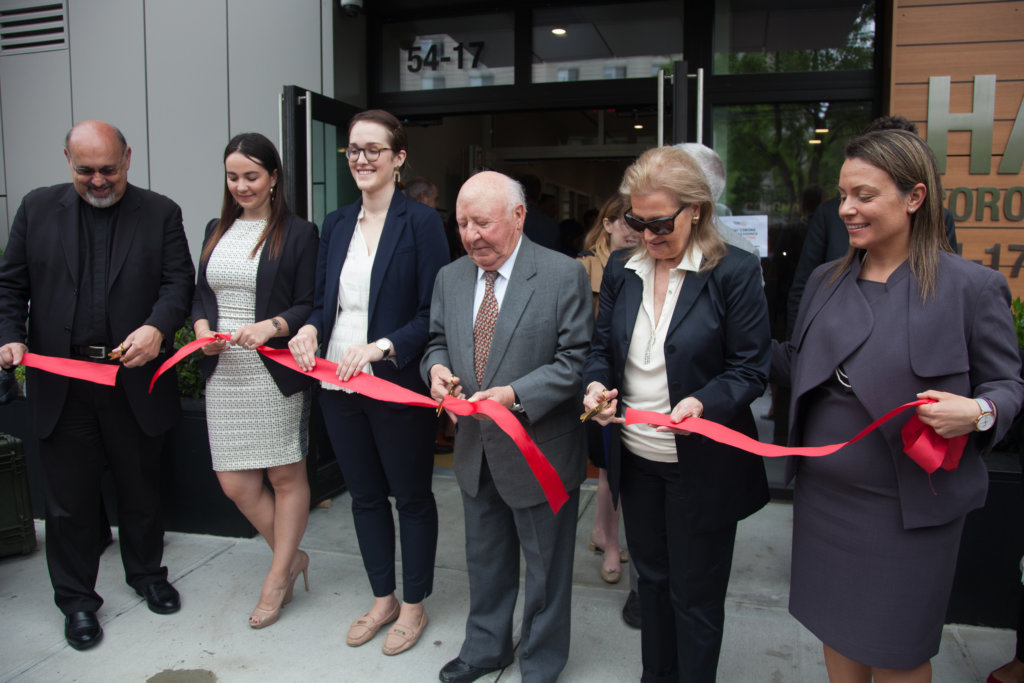 The fully occupied eight-story development includes a mix of 67 units of affordable housing, 21 of which are set aside for formerly homeless seniors. The building’s specs also include cutting-edge “passive house” design that uses up 90% less energy than traditional construction and a 60-student Universal Pre-K program on the first floor.

“This is a perfect example of when government works,” Katz said during her remarks.

The building, with its modernist, asymmetric facade of wood textures and silver siding, represents five years of planning and collaboration from city agencies. It’s the first affordable housing development to go up in Corona in over 30 years.

For all the marveling over the building’s impressive design during the event, the ribbon cutting also served as a reminder of the looming problem of senior housing in the borough. While Ocasio-Cortez called the development a “socially,” “environmentally” and “economically” innovative project, she also didn’t shy away from pointing out the tremendous need for affordable housing for Queens’ senior population.

The development came as the result of an upzoning, a process that often encounters community resistance. But the project’s architect Jack Esteron, who was involved from the get-go said it went smoothly.

“There was very, very little pushback in the community, which is actually surprising because I’ve worked on a lot of projects that involve rezoning that are controversial,” said Esteron, of the Think! Architecture and Design group.

All of the building’s units are for tenants at 40 to 60 percent of Area Median Income. The housing lottery gave 50 percent of those tenants preference based on their proximity to the Community Board 4 area.

The $36 million project was developed out of the Willets Point Community Benefits Agreement. It included funding of $14 million in city subsidies, including $9.7 million from HPD’s Senior Affordable Rental Apartments program. It also received a $12.8 million low-income housing tax credit subsidy and a $12.7 million construction loan from Chase Bank.

“Senior sustainability is about a willingness to persevere,” said resident Maureen Reardon in her remarks during the ceremony.

“I would never have thought that a lottery would change my life this way,” she said.