After a win in Queens, a bearded Brit is coming for the American hot dog-eating throne 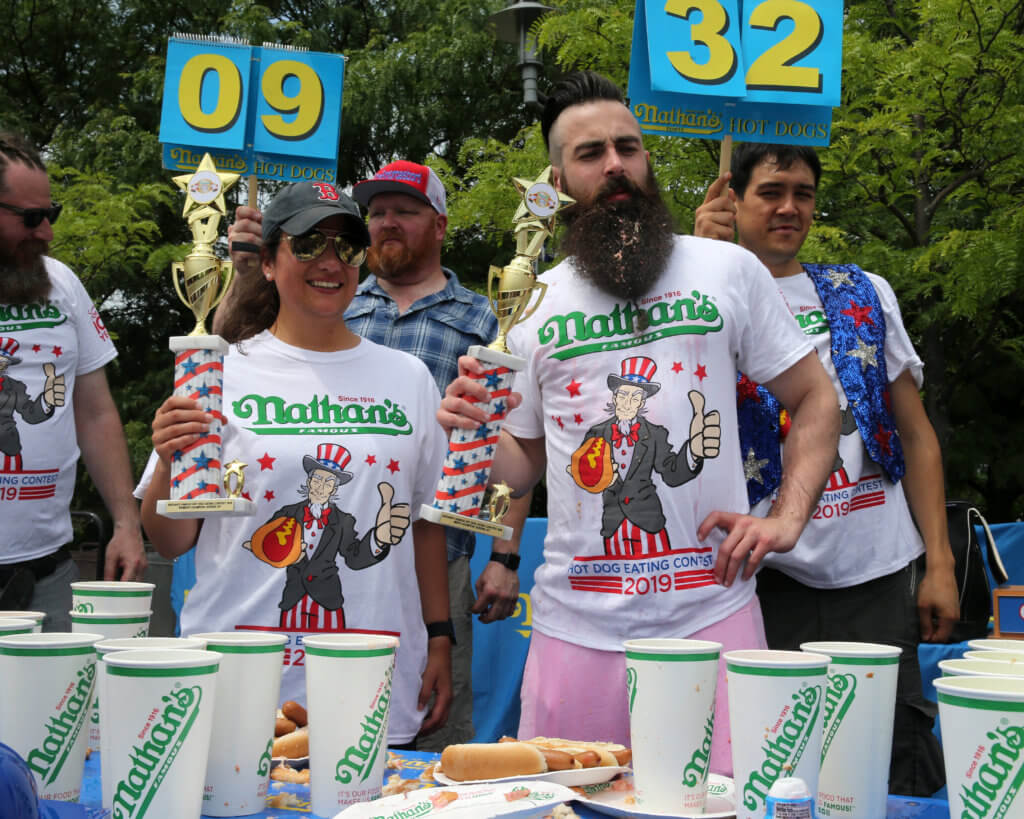 A British Youtube personality known as BeardMeatsFood arrived in Queens this weekend on his quest to take the American hot dog-eating throne.

Moran launched his food eating career in 2015 by winning Yorkshire Pudding Eating Champion, shoveling down 40 of the puffy egg pastries commonly known as popovers stateside. Now he has set his sights on becoming a household name in America. As such, he has turned his attention to hot dogs.

The annual Nathan’s Famous International Hot Dog-Eating Contest – the Super Bowl of Major League Eating – is one of the most widely viewed food contests in the world.

The title, which has primarily been held down Americans for its over 100 years of existence, was taken by a Japanese eater for a stretch in the early 2000s when Takeru Kobayashi won from 2001 to 2006. Since then, Joey Chestnut has reigned as champion of the men’s competition, with the exception of 2015 when Matt Stonie ended his eight-year winning streak. Chenut took it back the following year, and set a world record last summer.

Goldberg will compete against Miki Sudo, who has held the women’s hot dog-eating title since her 2014 victory against Sonya Thomas,

The young British upstart may have fared well against New York’s amateur eaters, but Moran still has a long way to go from his 32-dog performance this weekend if he wants to be champion. Chestnut’s world record from last year was 74 hot dogs.