Church born on the farm still thriving in modern-day Middle Village: Our Neighborhood, The Way it Was 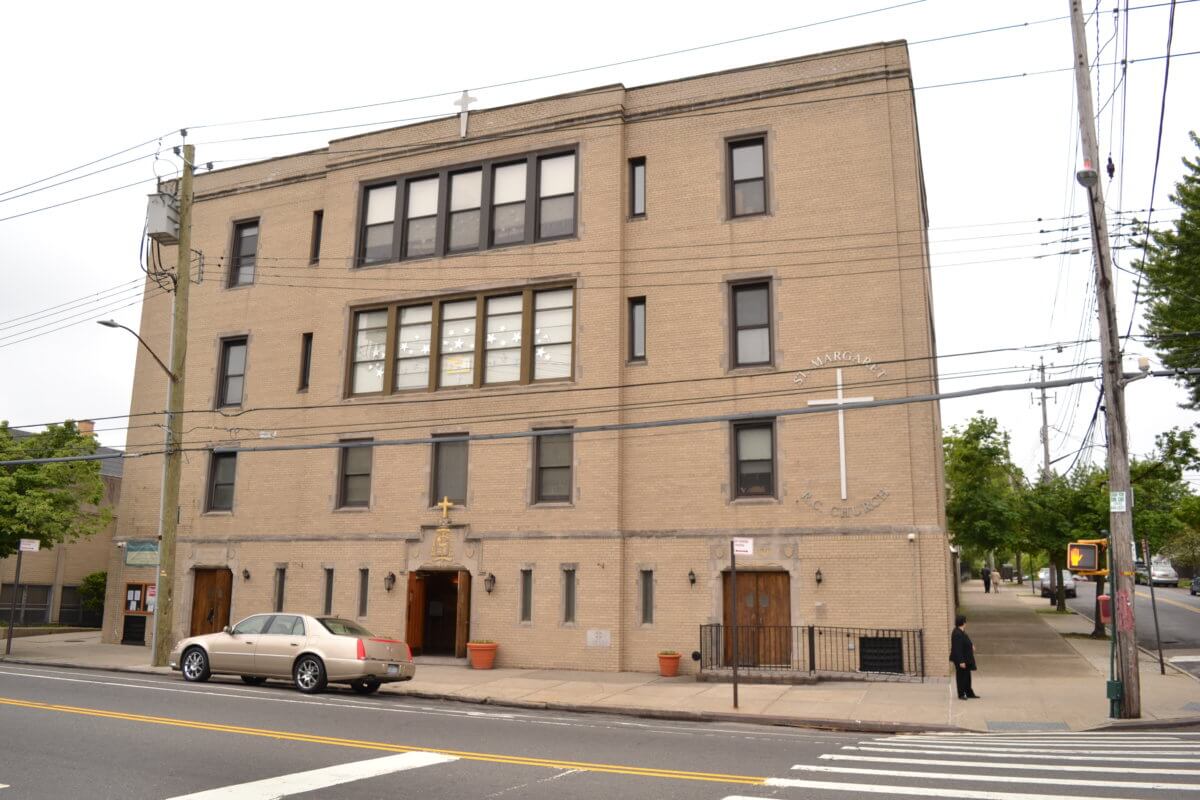 These days, the only things resembling farms near St. Margaret Church in Middle Village are the many backyard vegetable gardens that homeowners in the area are proud to grow during the spring and summer.

But more than 150 years ago, when the church was founded, Middle Village was a rural, 19th century farming community built largely by Catholic immigrants from Europe and Ireland. When they settled in the area, they lacked a community church to worship every Sunday — they had to travel more than two miles each way, by horse and buggy, to St. Mary’s Church in Winfield (present-day Woodside) to pray.

The increasing population of Catholics in the Middle Village area finally spurred the Diocese of Brooklyn into action to help serve the faithful. Then-Bishop Loughlin, leader of the diocese, requested that Reverend Theodore Ignatius Goetz of St. Mary’s to form a mission in Middle Village and build a church.

In 1860, the diocese purchased two small parcels of land from the Pullis and Carrhardt families — both of whom had extensive farms in the area — to create what would become St. Margaret Church and School. The adjoining parcels of land extended 300 feet along Pullis Avenue (present-day 79th Place) and 150 feet along Juniper Swamp Road (present-day Juniper Valley Road).

Goetz broke ground on the new church on March 18, 1860, with the cornerstone laid two months later at a small ceremony that also doubled as the dedication of the new church to St. Margaret — patron saint of the farmer.

In the 160 years that followed, there have been several iterations of St. Margaret Church, the first of which was a frame building 25 feet wide and 50 feet long, large enough to comfortably accommodate the area’s 70 Catholic families. The first rectory was a house on Pullis Avenue that the parish rented from a local parishioner.

The early days of St. Margaret Church involved a unique ministry for the priests assigned there.

The Civil War broke out in 1861, and the Union imprisoned a number of Confederate rebels in the basement of the nearby Middle Village Tavern, which is presently the site of the C-Town Supermarket on Metropolitan Avenue near 78th Street. The rebels were kept in cells surrounded by thick walls that were deemed escape-proof.

Priests of St. Margaret regularly visited the prison to comfort those soldiers who fell ill and administer the sacraments to them.

With Middle Village continuing to grow with new families arriving, St. Margaret Church realized the time had come to establish a parish school. In 1865, the parish built a small, log-framed schoolhouse adjacent to the church. The first St. Margaret School had but one classroom to house 20 students.

Five years later, the Sisters of St. Dominic order arrived at St. Margaret to run the school and would educate young minds for many decades to come.

From there, St. Margaret’s expansion continued. In 1899, the parish built a brand new school and parish hall — a three story building with two bowling alleys in the basement and an entertainment hall on the top floor.

By 1907, the parish had outgrown the size of its original church. That led to the construction of the second St. Margaret Church — a brick building 110 feet long and 40 feet wide, with a seating capacity for nearly 300 people. The church on 79th Place — which stands today as St. Margaret Parish Hall — features a central steeple with a high cross that made it a town landmark.

But by 1932, the parish realized it needed not just additional church space but also school space; the parish school’s population had grown to 480 students.

Three years later, in 1935, the church broke ground on a new church-school complex at the corner of present-day 80th Street and Juniper Valley Road. They laid the cornerstone on June 23, 1935, and soon, the school opened to more than 500 pupils.

In the years that followed, St. Margaret Church built a new rectory and a convent, along 79th Place. The church grew to become a central hub of activity across Middle Village. By the time the church reached its centennial in 1960, there were 2,800 families in the parish.

By 1971, St. Margaret undertook yet another expansion project: the creation of a new parish center. The cornerstone laid for the building on May 14, 1972 was the same cornerstone used for the parish’s second parish school building, which was erected in 1899.

The St. Margaret Parish Center included a new gymnasium and school rooms below. The parish also converted the second St. Margaret Church building on 79th Place into the Parish Hall, a venue for both sports, theater and other social gatherings.

The project took place under the direction of Msgr. Joseph Ostermann, one of the parish’s most beloved pastors. Following his sudden death in 1981, he was succeeded by Msgr. John Maurer — a Middle Village native who grew up in the community and attended St. Margaret School.

Maurer helped oversee the church’s 125th anniversary and the reconstruction of the Parish Hall, which caught fire in 1990. The steeple was lowered and the roof was completely replaced. The renovated Parish Hall reopened with a “Coming Home” Mass celebrated in January 1991.

The monsignor suddenly died in April 1993, and he was succeeded by Msgr. William Varvaro, who continued various improvements to St. Margaret during the decade, including renovations to the sanctuary, a new air conditioning system installed and stained-glass windows cleaned and polished. The renovated church was rededicated with a Mass on Nov. 1, 1994.

Over the past 160 years, St. Margaret Church has marked the time of transition in Middle Village from farming community to suburban oasis. The parish remains dedicated as ever to serving the faithful of the community.