A Ridgewood social hall built by immigrants: Our Neighborhood, The Way it Was 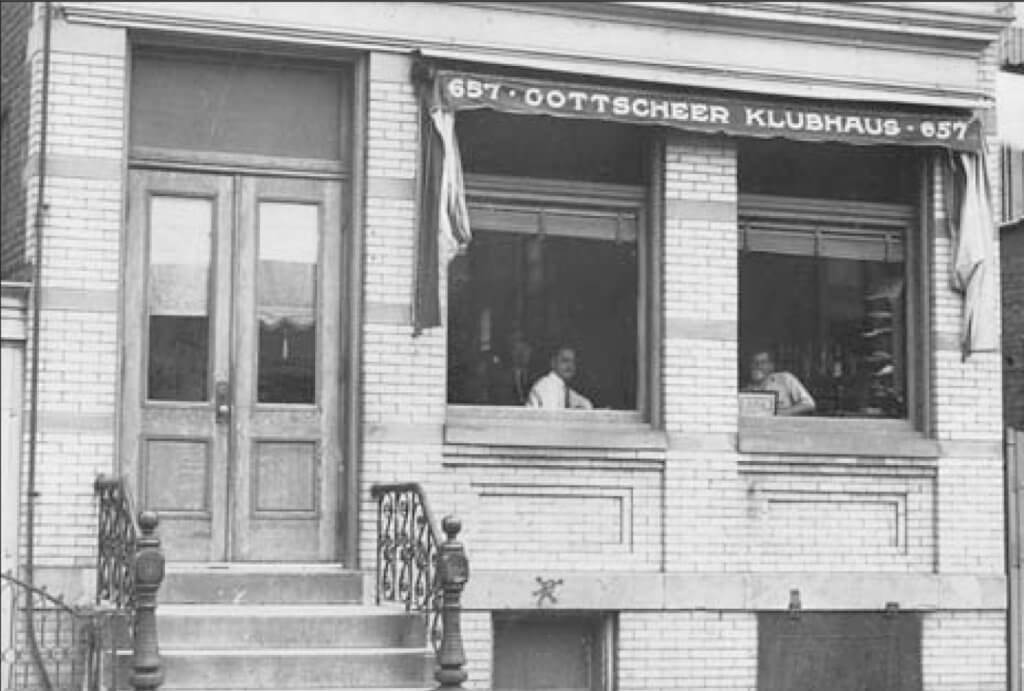 It’s no secret that Ridgewood grew at the dawn of the 20th century thanks to the strength of immigrants who came to the United States looking for freedom and the opportunity for a better life.

Back then, a great many immigrants who arrived in Ridgewood came here from Germany. The population was so large, in fact, that when the Ridgewood Times published its first issue on Aug. 1, 1908, it was printed in two languages: English and German.

At the same time, however, another group of immigrants began making its way into Ridgewood by way of Williamsburg, Brooklyn. These were the people of Gottschee, a German-speaking enclave located in present-day Slovenia that dates back to the 13th century.

The Gottscheer community’s impact on Ridgewood during the first half of the 20th century cannot be overstated. Groups of residents formed charitable organizations and social clubs to support each other and help families thrive in the community, and their legacy lives on to this day.

One place in Ridgewood that carries on the Gottschee legacy is Gottscheer Hall, located at 657 Fairview Ave. Most local residents know it as a great place to enjoy German food and a fun night out with friends and family, but Gottscheer Hall’s history shows it’s much more than a hangout.

Gottscheer Hall was formed by the Gottscheer Central Holding Corporation, which was established from the membership of various Gottscheer social clubs in Ridgewood and Williamsburg. The hall opened its doors in December 1924, but almost vanished five years later as a result of a destructive fire.

The Gottscheer community rallied together and rebuilt the hall, and in the years that followed, it would become an even greater hub as more Gottscheer families moved into Ridgewood and neighboring Glendale.

By the 1930s, the Gottscheer population in Queens had met or exceeded the actual population of Gottschee, which by then was located within Yugoslavia.

Europe was thrust into the Second World War II in September 1939. Two years later, Hitler invaded and occupied Yugoslavia. The Nazis forced the “resettlement” of the German-speaking Gottschee population into Germany itself, thus dissolving the enclave.

Thousands of Gottscheers sought refuge in the United States during and after World War II, and the Gottscheer community in Ridgewood formed the Gottscheer Relief Association toward helping the refugees.

In 1950, President Harry Truman signed an immigration law that allowed easier entry for “displaced persons” in post-war Europe to enter the United States. This gave Gottscheer refugees their opportunity to settle in the Greater Ridgewood area and start a new life.

Ridgewood boasted the largest Gottscheer population in the world, and Gottscheer Hall was busier than ever before. The clubhouse proved too small to accommodate the burgeoning number of Gottscheer club members, so the Gottscheer Central Holding Corporation built a larger club that opened in December 1962.

The more spacious Gottscheer Hall featured a large banquet hall with a modern kitchen and two smaller meeting halls. At least a dozen Gottscheer clubs made Gottscheer Hall their headquarters and conducted nearly all of their affairs there.

Gottscheer Hall remains active to this day as a place for parties, markets, weddings, anniversaries, graduation celebrations and more. It also continues to host various clubs linked to local Gottscheer history, including the Gottscheer Men’s and Women’s Chorus and a Gottscheer folk dance group.

The influx of new residents into Ridgewood has also helped keep Gottscheer Hall going. The Queens Courier, a sister publication of the Ridgewood Times, published a story in 2014 about it becoming a popular hangout for hipsters, and that the new regulars were helping to keep the hall alive.

In Ridgewood, there are few more welcoming places than Gottscheer Hall — a place born to help welcome immigrants to America and open the doors of opportunity and friendship to them.