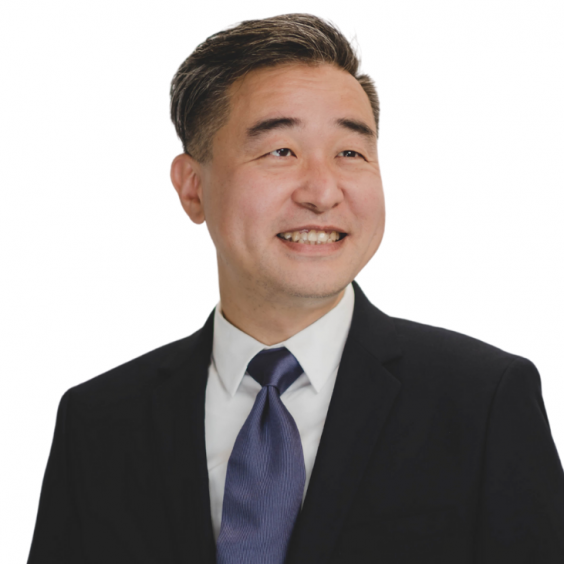 Queens Community Board 7 set a historic precedent on Monday, Aug. 16, when its board members overwhelmingly voted to remove longtime Flushing community organizer and member John Choe.

The board voted 39-3 with one abstention to oust Choe during its special meeting held in the basement of the Holy Cross Greek Orthodox Church, located at 11-05 150th St. in Whitestone.

Choe, who is the executive director of the Flushing Chamber of Commerce, referred to the board’s removal proceedings as a “witch hunt” to expel him.

“That’s exactly what this board is — its executive committee and staff have spent hours collecting information about my activities and meeting behind closed doors in the hopes of finding some excuse to push me out,” Choe told QNS. “Instead of addressing the concerns and criticisms I’ve raised over the years, the chair and vice chairs in their collective wisdom have essentially decided to kill the messenger. How? With the most ridiculous collection of sham allegations, each more absurd than the other, that I have ever witnessed in my two-decade career in public service.”

Meanwhile, a group of local activists were protesting with signs outside of the church chanting, “People over profits!” and “Leave John Choe, go to hell,” before the board’s vote.

Choe’s supporters, who argue that he is being unfairly targeted by board members for his opposition to the Special Flushing Waterfront development, which was approved by CB 7 in December, took to Twitter sharing their thoughts about the “kangaroo court” that was scheduled to decide Choe’s fate on the board.

Community member Laura Shepard joined her friends and fellow activists to support Choe, saying, “He’s a passionate advocate who speaks his mind and votes his conscience.”

“Shame on Gene and Chuck for this #kangaroocourt. I hope the other members of CB 7 will do the right thing and keep John on!” Shepard tweeted.

Joined my friends and fellow activists to support @jxcnyc tonight because he’s a passionate advocate who speaks his mind and votes his conscience. Shame on Gene & Chuck for this #kangaroocourt. I hope the other members of CB7 will do the right thing and keep John on! pic.twitter.com/v8CUZVD0eL

Meanwhile, the Flushing Tenants Alliance, one of the community organizations that opposed the Special Flushing District Waterfront development, called on Queens Borough President Donovan Richards to investigate the board’s actions.

“These long-term 25 to 30 year board members have been on the board since my eyes were at my knees. Yet, they continue to get paid on projects before the board. Is this what community boards are about sir? Please look into CB7 in Flushing, it is a mess,” the organization wrote on Twitter.

While it wasn’t a court proceeding, CB 7 First Vice Chair and Chair of the Land Use Committee Chuck Apelian read aloud the five charges against Choe.

Those charges included violating the New York City Charter by soliciting campaign funds from board members; creating an authorized CB7 Facebook page showing events tied to the Greater Flushing Chamber of Commerce; having a poor attendance record; leaving meetings early; and accusing board members of “being corrupt” after they voted in favor of the controversial Special Flushing Waterfront District development.

In his opening statement, Apelian explained to the board members that they would determine whether or not there is a cause for removal based on the charges presented.

“This isn’t something that happened overnight, and this isn’t a personal situation,” Apelian said. “This is something that went on for a couple of years, and specifically, over the last couple of months, on the different types of behavior. It was hours and hours of work that went into some of these investigations with city agencies.”

In May, the executive committee of CB 7 notified Choe of the allegations against him that were filed by Apelian.

A special committee was formed to conduct a thorough investigation into Choe.

In June, the board voted in an overwhelming majority to approve a resolution to continue with removal proceedings to expel Choe from the board.

Last month, a special hearing was held at the Poppenhusen Institute in College Point, which Choe failed to attend.

“The committee acknowledged the absence of John Choe and would’ve preferred him being there to represent himself with a defense,” Frank Macchio, chair of the special committee, said during Monday night’s meeting in Whitestone.

Macchio complimented the members for their “diligence, compassion and empathy,” throughout the process.

“All of these people on the board are people who dedicate their time, and some of the stuff in the papers about the corruption of CB 7 is a slap in the face,” Macchio said.

Since he was appointed to CB 7 in 2017, Choe says he witnessed the board vote against plans to build health clinics, public schools and more affordable housing in the community.

Last year, Choe then questioned the ethics of Apelian, alleging that he was paid by developers he oversaw in the land use process, including the Special Flushing Waterfront development.

“If Chuck Apelian doesn’t want people in our community calling him corrupt, he should just stop taking developer money. Kicking me off the community board won’t stop people in the community from calling Chuck corrupt,” Choe said. “This show trial only puts a big spotlight on CB 7’s policy of allowing board members to take money from developers with business before our government agency and exemplifies the need for community board reform … I congratulate Chuck Apelian. The developers have certainly gotten their money’s worth. I hope they throw in a Christmas bonus for all his hard work this year.”

As for the allegation that he defamed other board members, Choe says it’s “clearly false.”

In response to Choe’s statement, Apelian told QNS, “The board was very clear last night — 39 to 3 with one abstention, 91 percent of the board voted to remove him. There’s nothing else to say.”