Sunnyside will get new school to assist growing population 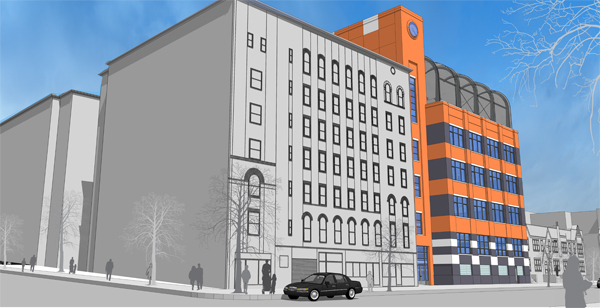 A Queens neighborhood desperately in need of class space for its booming student population is getting a state-of-the-art $57.3 million facility.

A spokesperson for the Department of Education (DOE) said the agency is in the early stages of developing plans for a new school to be located at 45-46 42nd Street in Sunnyside, between Queens Boulevard and 47th Avenue. The 75,000-square-foot structure, called P.S. 313, will seat roughly 430 students in grades kindergarten through five and is expected to be completed in June 2014.

“It’s going to be a fantastic addition to the area,” said Gavin Macrae-Gibson, whose company Macrae-Gibson Architects is designing the school. “The site has been empty for a while. Overcrowding in Queens is quite dramatic. It’s hard to find these sites.”

The building will include a gym, cafeteria, kitchen, administrative and medical suites, 20 classrooms, specialty art and science rooms and a library. It will also have a rooftop play space and a separate early childhood play area.

The site is located in a densely-packed urban block, surrounded by seven- and five-story brick residential buildings and some smaller single-family residences. According to Macrae-Gibson, the architects used a contextual approach to designing the school’s layout and look, integrating it seamlessly into the neighborhood.

“It’s a pretty urban and dense neighborhood, well-defined,” said Macrae-Gibson. “A school has to fit in to its neighborhood. It wants to look like it’s part of the context but stand out.”