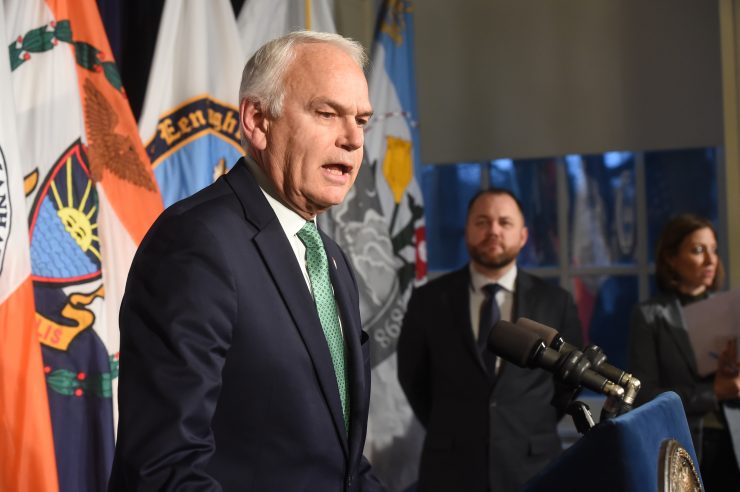 The Police Department will have to prove its actually towing cars parked in dangerous, illegal locations under a new city bill passed Tuesday.

The legislation would require the department to publish a report “no later than” Jan. 31 of 2021 outlining the number of vehicles its force removes from areas like sidewalks, bus or bike lanes over the next year. Sponsored by Queens Councilman Robert Holden, the bill is part of the City Council’s larger attempt to crack down against municipal workers who misuse government-issued parking placards to park wherever they please without repercussion—a rampant practice across the five boroughs—and reform the system.

“Go around any [police] precinct, especially in Queens…it is a free-for-all around the precincts and I think it needs to stop,” said Holden, referencing city workers’ illegal parking habits.

Government workers routinely stuff parking placards, agency-branded vests or paraphernalia on the dashboards of their vehicles to park illegally—a practice advocates and elected officials have argued degrades the city’s public space; creates safety hazards and lowers the public’s trust in government. But it’s not clear if Holden’s bill, or the package recently passed in the Council, would actually make a difference.

Placard abuse has prevailed multiple announced “crackdowns” largely because police are reluctant to ticket fellow government workers, opponents have argued. The issue was thrust back in the spotlight in 2017 after the de Blasio administration issued tens of thousands of more placards to Department of Education staff.

Holden himself acknowledged that getting police to follow the rules of the road could be difficult—though he hopes the report on towing will help hold the department accountable.

“That’s going to be a challenge here and it remains to be seen,” Holden said.

The original version of the bill was allowed for third-party vendors to be called to conduct the towing, but the Police Department in March testified against that component. Oleg Chernyavsky, the NYPD’s executive director of legislative affairs, said it would create an “unworkable situation” where a company would have custody and the ability to obtain a mechanic’s lien on a city-owned vehicle.

The bill was subsequently tweaked to specify towing will be conducted by the Police Department.