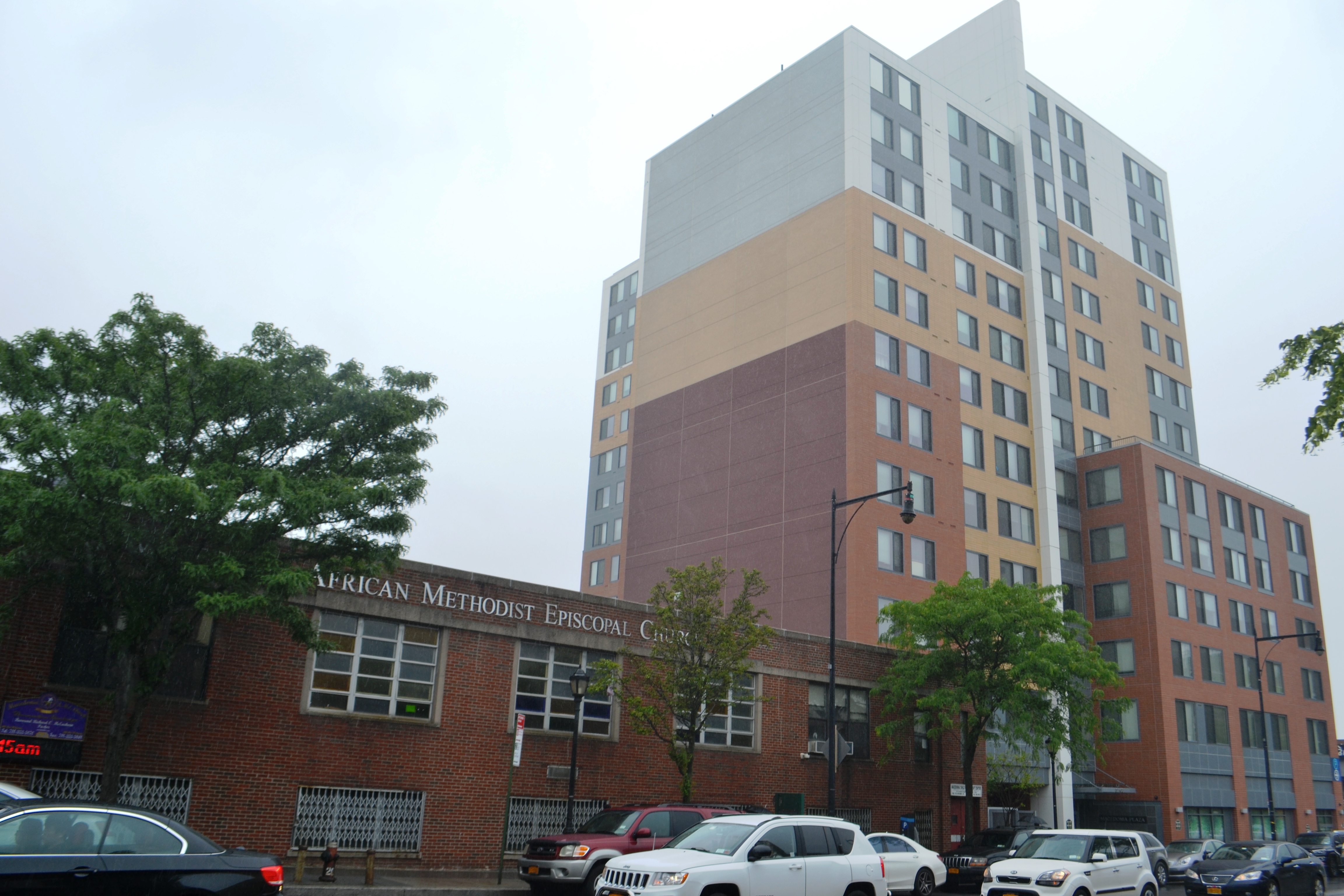 In a city where rental rates are astronomical in most areas, housing salvation came to 143 families in the form of a partnership between the legendary Flushing Macedonia AME Church and developer BRP Companies.

The two-century-old religious institution and builder — along with all the Flushing politicos — praised the completion of the nearly $50 million, 143-unit affordable housing development named Macedonia Plaza in a ceremony on Friday.

The 14-story building at 37-08 Union St. replaced a municipal parking lot that the city transferred to BRP Companies at a reduced cost. Macedonia gave unused air rights from its adjacent building for the project, maximizing the height of the affordable housing tower.

“The mission of Macedonia AME Church is to minister to the social, spiritual and physical development of all people,” said Rev. Richard McEachern, senior pastor of the church. “We are grateful to God for the opportunity to provide much needed affordable housing to this community.”


Macedonia Plaza has 161,720 square feet of space, which includes a 9,000-square-foot ground level retail space that will be occupied by grocery store Tree of Life NY.

It has numerous green features as well, including a co-generation facility, and has earned a LEED Silver ranking from the U.S. Green Building Council. The co-generation system will use natural gas to generate electricity for the commercial and common space areas.

More than 30,000 people applied to live in Macedonia Plaza when the lottery for units in the building opened about two years ago. In December residents began moving into the building and now all units are fully leased.

The apartments were reserved for people and families earning from $19,063 to $59,820 annually. The building is broken into 27 studios, and 58 one-bedrooms, 55 two-bedrooms, and two three-bedroom units.

Amenities include a bike storage area on the ground floor, a common terrace on the second floor, a party room and a laundry room.

The building’s completion closes a chapter in plans to construct over Flushing municipal parking lots to feed the ever-exploding community’s population. The other chapters include One Flushing and Flushing Commons, which will be directly behind Macedonia Plaza.