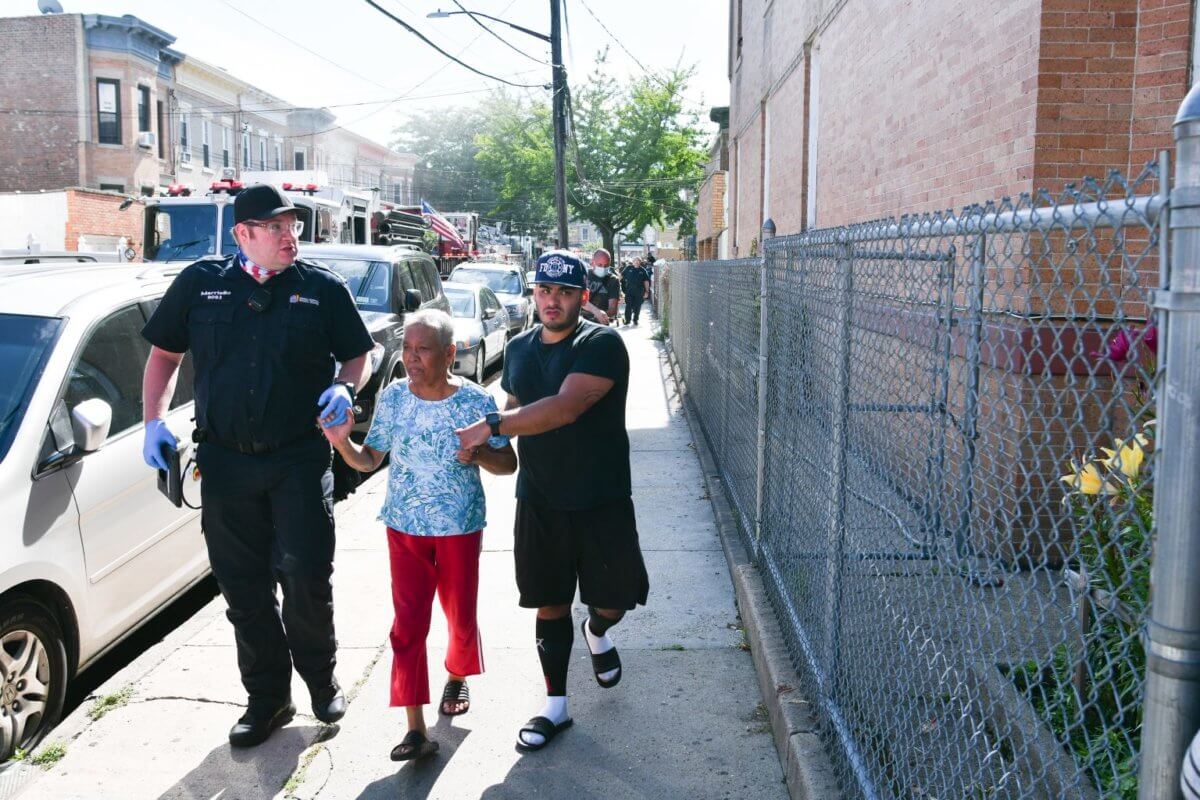 An off-duty paramedic is being hailed as a hero after he rescued a woman and her cat from a house fire in Woodhaven Wednesday afternoon.

Fire officials say Paramedic Daniel Marcano, assigned to EMS Station 39, rescued a woman and a cat from their smoke-filled home at 72-24 87th Ave. around 4:15 p.m.

Officials say Marcano, an eight-year veteran, entered the smoke-filled first-floor apartment on his hands and knees, felt around, and found the woman on the floor near several feet from the door and pulled her out to safety. Her cat followed closely behind. She was brought out still conscious but suffering smoke inhalation.

Firefighter Lt. John Norman of Squad 270 found another victim in the home and pulled him to safety as firefighters extinguished the smoky fire.

Both victims were taken to Jamaica Hospital with smoke inhalation and were last reported in stable condition, fire officials say.

“I was in my backyard and one of my neighbors ran over and told me that there was a fire close by. He knew I was in the FDNY. I ran to the front of the house and saw the smoke. As I got closer, I realized that the house that was on fire was occupied by my neighbors and they were inside. I kicked in the front door, and I got low and made my way into the house, about 7-10 feet. One of my neighbors started to walk towards me. There was a lot of smoke. I carried them out of the house and across the street. At that moment, they told me that their friend was still inside the house. By that time, FDNY units started to arrive on scene. I identified myself and told them about the possibility of another individual in the house. It all happened so fast, but it felt like second nature. I knew anyone in my position would have done the same thing.”

“Our members made the conscious decision to not remove the individual from the room until the smoke had lifted and the fire was knocked down. This allowed the individual to get the fresh air that they needed until it was safe to proceed,” he said.

The fire was brought under control within 40 minutes, officials said. The cause of the fire was under investigation but was not considered suspicious.