Group of suspects attempt to rob three people within 10 minutes in Maspeth: NYPD 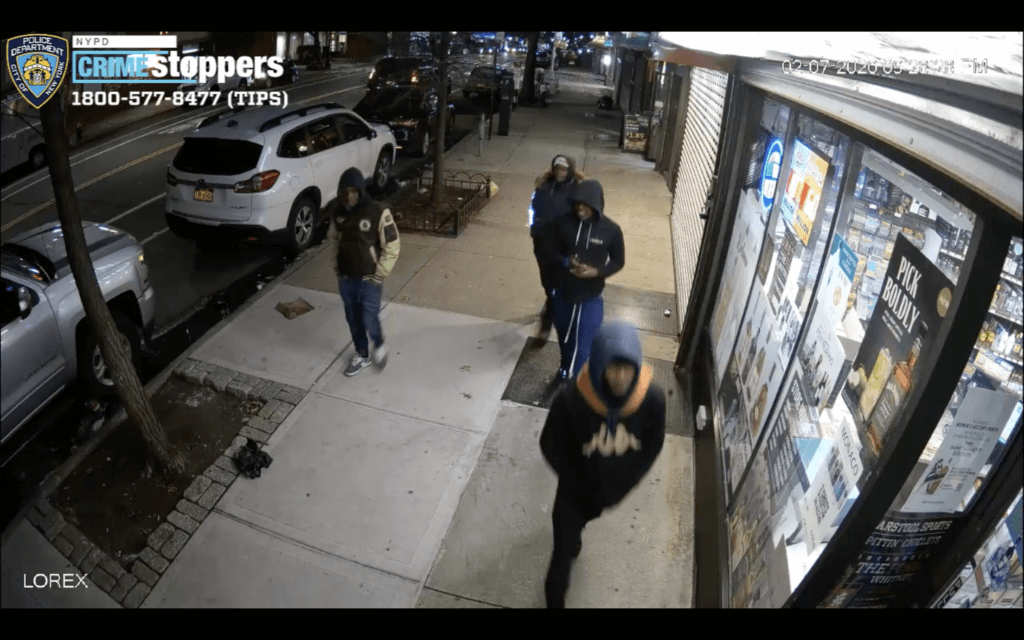 Police are searching for the group of suspects they believe are behind a series of robberies in Maspeth this month.

The group struck three different times on Friday, Feb. 7, according to authorities.

Police say the first incident occurred just after 9 p.m. when the suspects approached a 38-year-old man in front of 71-01 Grand Ave., where the perpetrators punched the man in the face and attempted to steal his wallet from his pants pocket. They failed to do so and fled in an unknown direction, cops said. The victim refused medical attention.

Minutes later, the group struck again. The suspects grabbed a 15-year-old girl from behind in front of 54-21 71st St. and snatched her cellphone and AirPods before fleeing northbound on 71st Street. The girl refused medical attention.

Minutes after that, the suspects attempted another robbery. The group approached a 41-year-old man at 70th Street and 53rd Avenue and proceeded to punch him in the head, knock him to the ground, and continue beating him before running off with his backpack. The victim refused medical attention.

Cops released surveillance video and photos of the suspects on Feb. 21.