3.5 acres of on-campus land at York College will be home to new companies 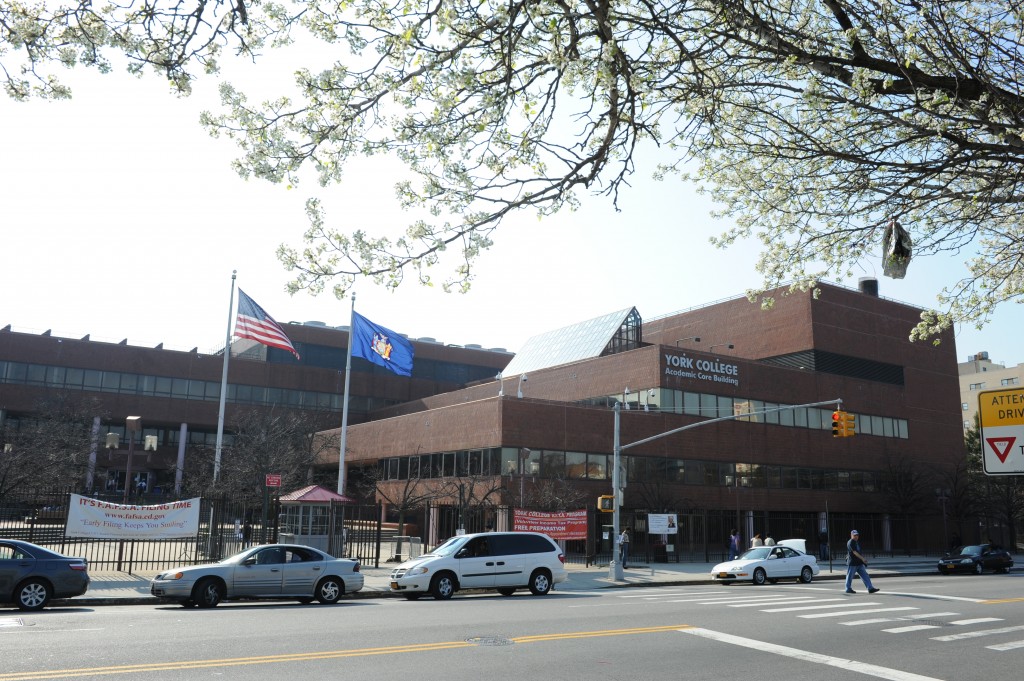 Parts of Jamaica may look forlorn with many properties vacant or in need of repair, but its shopping district and its richness in transportation options could turn it into the next big thing for development.

Businesses from around the state and outside New York are vying to enter the neighborhood through Gov. Andrew Cuomo’s START-UP NY tax-free program at York College, which school officials are touting as a potential catalyst for a development explosion in downtown Jamaica.

York representatives told The Courier that they are in negotiations with many businesses looking to partner with the school in exchange for no corporate, sales or property taxes for 10 years, and move to a property near the school or build on a portion of 3.5 acres of vacant, government-owned land on campus.

The vacant property, called Site 9, was identified in a plan that school administrators submitted to the governor’s office in July. The site is bounded by Guy Brewer Boulevard, Liberty Avenue, 165th Street and South Road. A parking lot and green space at the Brewer Boulevard side of the block are not part of the development site.

That plan was submitted by CUNY to the state Commissioner for Economic Development and was recently approved.

The plan details the types of businesses York is hoping to attract, based on the school’s academic and research programs.

Although school representatives said they weren’t allowed to discuss the specific businesses that they are considering, those fields include pharmaceutical, medical device research and manufacturing, water resource management and purification, logistics, aviation, wireless technology, solar power companies and food science research and manufacturing.

School administrators said the partnering businesses will benefit not only students but also the neighborhood, which should see increased employment as a diversifying local business landscape becomes a magnet to attract other firms to the area.

“[The program] is moving in the right direction and we are quite excited,” said Earl Simons, director of government and community relations at York. “It provides potential opportunities for our students in terms of internships as well as important opportunities for the surrounding community.” Near York College, the downtown Jamaica area hosts a comprehensive transportation hub. The AirTrain transports passengers to John F. Kennedy Airport in about 10 minutes, while the LIRR takes thousands of people to Manhattan daily in about 20 minutes. There are about 49 bus lines running through and around the area, and the E, J, Z and F subway lines are nearby.

There have been several recent moves to leverage this resource.

A 368-block rezoning was completed in downtown Jamaica in 2007 to allow more developments with commercial and residential uses.

And earlier this year, the Greater Jamaica Development Corporation, a nonprofit that has been working to transform the neighborhood, announced the development of a $225 mixed-use, 29-story residential and commercial tower at the building it owns on 93-01 Sutphin Blvd. at Archer Avenue, just north of the LIRR/AirTrain complex.

That followed the 2013 announcement of a 210-room, 24-story hotel on the south side of the LIRR complex at 93-43 Sutphin Blvd., a plot of land that is partly owned by the nonprofit.

The Development Corp is collaborating with York to help bring businesses to downtown Jamaica through the tax-free zone program, school officials said.

Businesses looking to set up shop in the tax-free zone need to appeal to several selection committees as well as school and state officials. While no immediate announcement of incoming companies is expected, York is confident in the program’s ability to be the push downtown Jamaica needs.

“It’s another tool to really spur development and economic opportunities and job creation,” Simons said. “It can only enhance all of the efforts that are taking place here.”