By Eric Jankiewicz Posted on January 8, 2015 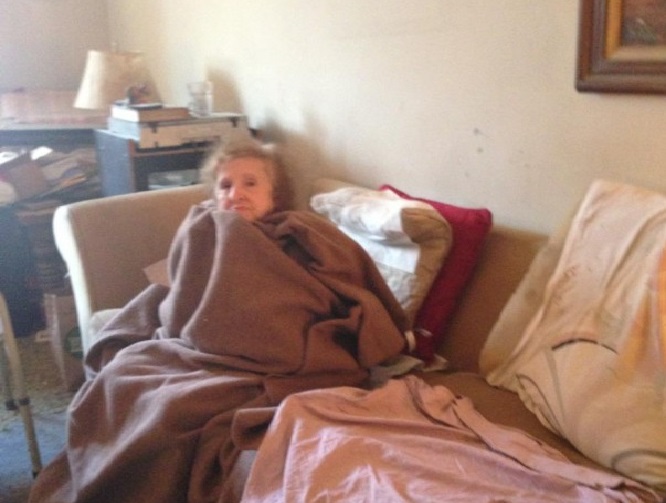 During the coldest days of winter this week, residents of a six-story apartment building in Flushing spent Wednesday and Thursday bundled in coats and blankets to try to stay warm because they say they haven’t had heat in their building.

“I’ve had to keep my jacket on all day. It feels like I’m outside even though I’m in my apartment right now,” said George Sanchez, a resident of the 72-unit building. “This is not the time for them to be messing around with the heat.”

During those two days, residents called 311 to complain that temperatures inside their apartments dropped to 45 degrees during the day — well below the 68-degree minimum set by the city when outdoor temperatures fall below 55 degrees.

On Wednesday, the temperature in the city ranged from a low of 9 degrees to a high of 23. Temperatures remained below 20 degrees on Thursday.

The building, 143-40 41st Ave., is fraught with problems, according to city records. Since 2002, the city issued 16 violations that are still active. The building’s property management, 4 Seasons International Management, owes the city $1,500 as a penalty for a rusted fire escape and broken stairs.

Rent stabilized residents like Sanchez and Lionnel Blanchard feel like they’re being pushed out so that the management can sell the apartment as a co-op. Sales of co-ops in the building could bring in as much as $300,000 to $400,000, they say.

“The apartment is very cold,” Blanchard said. “They’re trying to kick me out, I can tell. Why else would they make me feel so unwanted here?”

Blanchard, who lives with his wife Marie, moved into the building 30 years ago. For most of their time there, they had no problems with heat or building maintenance, but these issues arose when 4 Seasons International took over five years ago.

The city has issued violations against the building’s owners for not inspecting the boilers, which are used to heat the 72 apartment units. According to a city spokesman, the building’s conditions hadn’t yet deteriorated to the point where government officials will issue vacate orders or demolish the building. But he urged people to report all problems to the city immediately.

Martha Flores Vazquez, a resident of the building, saw a fuel truck pull up to the apartment building on Wednesday but still, no heat was provided to her or her neighbors, she said.

“We’ve complained to them throughout this whole season and they haven’t done anything about it,” Vazquez said. “Instead, they deny that the heat isn’t working. So let them come to my apartment and see.”

The city received 3,657 complaints about a lack of heat on Wednesday, the most for a single day since the start of the heating season on Oct. 1. To report problems with heat, dial the city’s helpline at 311.