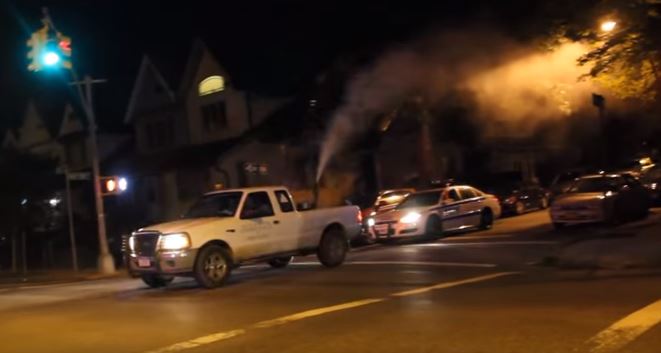 The Health Department is turning its attention to western Queens in its effort to eradicate mosquitoes that may potentially carry two infectious diseases.

Trucks will spray pesticide from 10 p.m. Thursday night until 6 a.m. the following morning in an area of Long Island City, Maspeth, Sunnyside and Woodside generally bounded by Queens Boulevard on the north; 29th Street and the Dutch Kills on the west; the Newtown Creek and 56th Road on the south; and 58th Street on the east.

Crews will use a “very low concentration of DUET dual-action adulticide” across the area to kill mosquitoes. The pesticide, when properly used, does not pose a threat to humans, but residents in the spraying area should nonetheless take precautions to avoid exposure.

Since the West Nile Virus was first detected in New York City in 1999, the Health Department has conducted pesticide spraying in parts of Queens every summer to kill mosquitoes. The agency has doubled down on its efforts this year due to the threat of the Zika virus following an outbreak in Latin and Central America. Since May, the Health Department has conducted frequent larvicide spraying over marshy areas of Queens where mosquitoes are known to breed.

Although no Zika virus has been detected in any New York City mosquitoes, a particular breed of mosquito native to this region — Aedes Albopictus — has been identified as a potential carrier of the disease linked to severe birth defects in infected pregnant women. Last month, the city recorded its first birth of a child with microcephaly, one of the birth defects linked to Zika, from a mother who contracted the virus while visiting an area where the outbreak has occurred.

“While we do not expect to find Zika in New York City’s mosquitoes, we are taking no chances,” Health Commissioner Dr. Mary T. Bassett said. “We are moving forward with a safe but aggressive plan to spray pesticide when we find significant numbers of mosquitoes that could possibly carry Zika.”

This is the second time this summer that the Health Department is conducting ground pesticide spraying; last week, it sprayed areas of College Point, Flushing and Whitestone.

During spraying, residents in the affected area are advised to stay indoors and keep windows closed; they may operate air conditioners but with the vents closed. Anything left outside during spraying — such as children’s toys, outdoor equipment and clothes — should be washed thoroughly with soap and water before reuse.