Have you seen this larger-than-life Transformers sculpture that was stolen from an LIC studio? 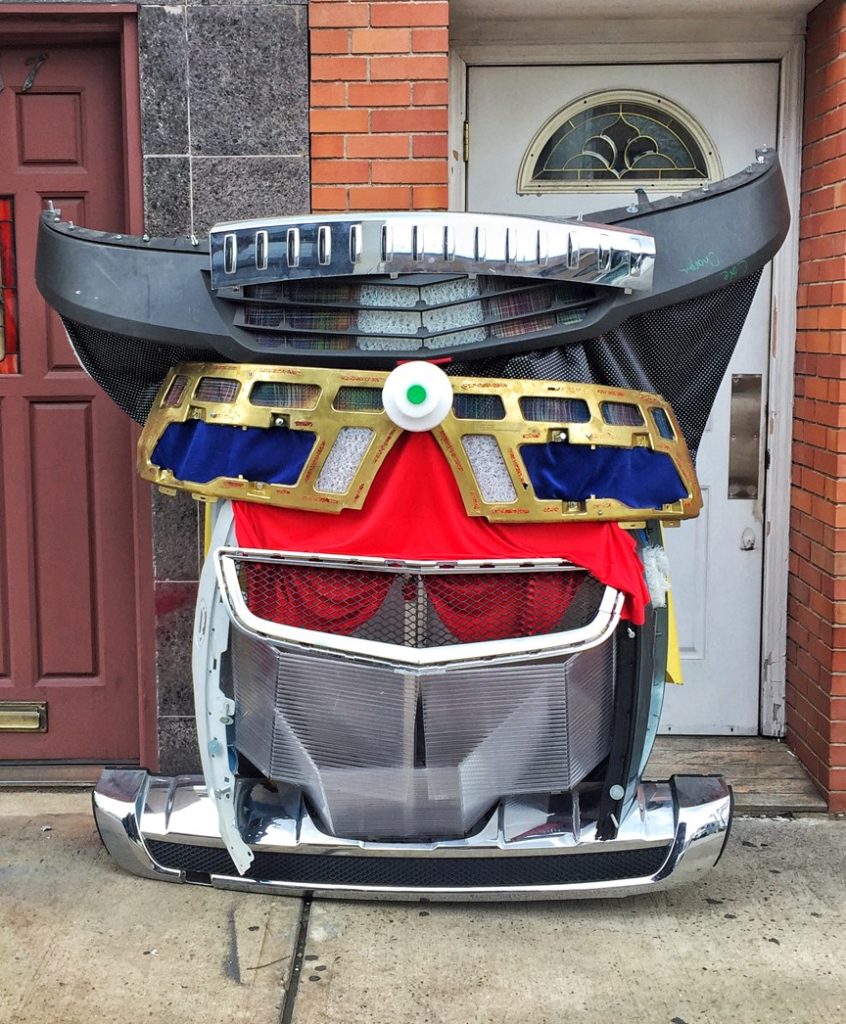 A Transformers sculpture made from reclaimed materials with the help of Queens children has disappeared from a Long Island City studio.

Artist Annalisa Iadicicco created this sculpture from car bumpers, bolts, plastic and clothes as part of a workshop in partnership with Long Island City art studio Local Project and No Longer Empty, an organization that transforms abandoned spaces into community responsive exhibitions.

The sculpture has been missing since Aug. 31 after someone stole it from Iadicicco’s studio on Jackson Avenue in Long Island City. It was fastened to her door with a chain.

She reported it stolen to the 108th Precinct, who said they would keep an eye out for it.

“[Officers] were like curious, when I showed them the picture [on my phone],” she said. “They were like, ‘This is amazing.’ They passed the phone around.”

The theft occurred between 5:30 and 9 p.m., so police have ruled out an accidental trash pickup by the Sanitation Department since they do not travel that route at that time.

Iadicicco works with reclaimed materials that she finds on her walks through the city. She began making the sculpture and brought the base, which measures 72 feet by 68 inches by 36 inches, to an abandoned storefront on Jamaica Avenue where children ages 8 to 15 helped her assemble and design the rest of the project.

“I found the objects first and then it depends on what I’m trying to create,” she said. “This was a workshop for kids. While I was assembling the pieces I can always see the face so from there I start working around and then the piece just came alive little by little.”

She said it took a total of 10 days to fully assemble the sculpture from the time she collected the pieces to finishing the piece with the children. The workshop occurred on July 2 and was officially on display at Local Project on July 14.

“Everybody was taking pictures of it and walking by it,” Iadicicco said. “It brought joy to people. Everybody recognized the Transformer face. I would never think that somebody would pick it up and take it.”

If you have information on the sculpture, contact Iadicicco at [email protected].