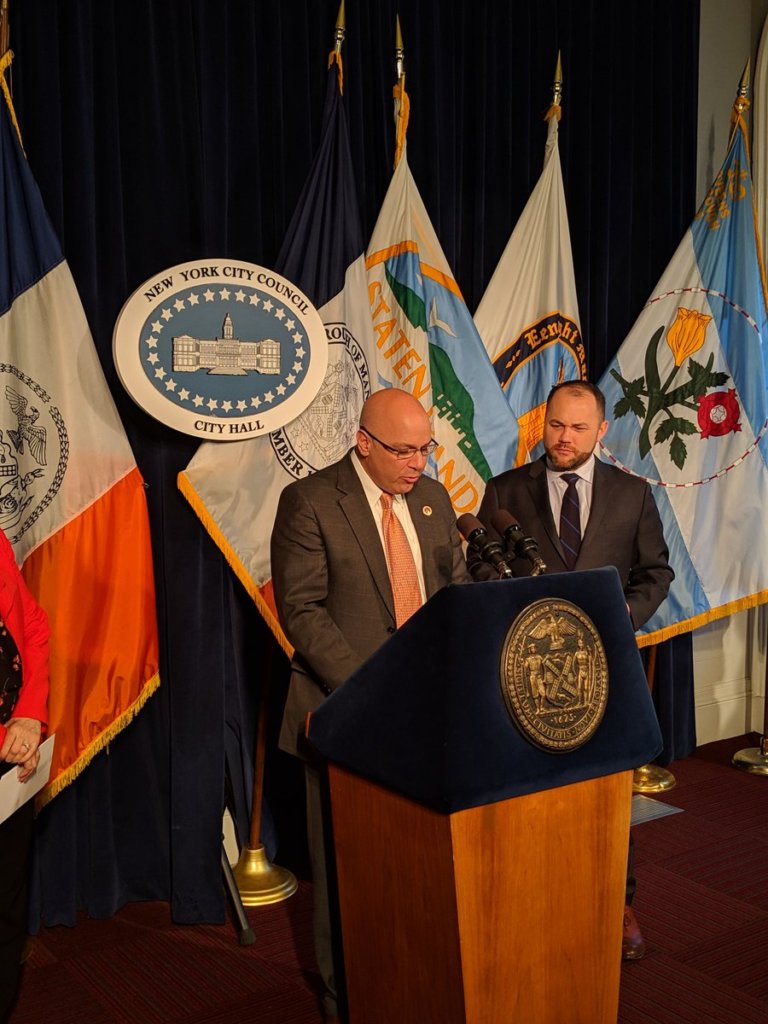 The Department of Buildings (DOB) will now have a tool to stop reckless developers from utilizing a loophole that previously allowed them to work once issued with a notice to revoke.

Last week, the City Council unanimously passed Councilman Vallone’s bill that allows the DOB to issue a stop work order whenever a notice to revoke is issued. The new legislation would allow for the DOB to promote construction-site safety and ensure that construction ceases when there is proof that it violates the law.

Civic activists highlighted a previous loophole — a two-week “limbo” period after DOB issues a notice to revoke where construction would often continue. In the past, property owners and contractors were served a notice to revoke following concerns about potential zoning and permit violations.

Once the notice to revoke was issued, property owners had a 10- to 15-day window to respond to objects and concerns, though construction was allowed to continue during the two weeks. If unanswered in that time period, permits are revoked and an official stop work order is issued.

“Too often, a notice to revoke has really been little more than a notice to finish your work as soon as possible before the DOB can act. What good is a notice to revoke if it has no teeth? Valid concerns and clear evidence should be more than enough to warrant a stop work order, especially when a property owner or contractor has a history of violations,” said Vallone. “I’m proud to pass this bill which finally gives the DOB the tools they need to combat reckless developers and the blatant disregard of construction permit requirements. Granting the DOB the discretion to choose when to issue stop work orders also helps protect regular homeowners who make an honest mistake from suffering the same consequences as those who operate with no regard for our communities and laws.”

Vallone first introduced the legislation in 2016 following the destruction of an unofficial Bayside landmark at 218-15 40th Ave. Residents became concerned once they noticed that the new owners were violating the Alt-1 permits which required them to retain 50 percent of the structure. DOB issued Jia Hua Realty a notice to revoke in April 2016 but an official stop work order was not issued until August of that year.

Activists including Broadway-Flushing Homeowners Association President Kevin Morris and Broadway-Flushing homeowner, activist and Vallone’s community liaison Maria Becce celebrated the new bill and viewed it as a win for the DOB.

“Thanks to Council member Vallone’s bill, the Department of Buildings has applied a brake to developers who rush construction after a notice to revoke,” Morris said. “When the pell-mell densification of the outer boroughs is mitigated, thousands of homeowners — and the entire city — will benefit.”

Becce added, “Homeowners who advocate and work tirelessly with homeowner and civic groups to preserve their neighborhoods have long ago recognized the need for the city to provide the Department of Buildings with the necessary tools to combat illegal construction. Finally, Council member Paul Vallone’s bill provides not only a common sense addition to DOB’s tool box, but one with legislative power to stop this illegal and willful disregard of construction and zoning regulations.”