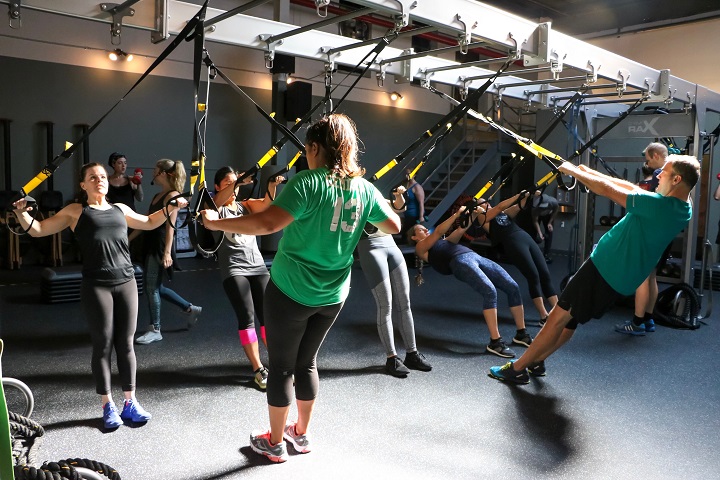 After some exciting changes and reconfiguring of space, Workout Factory reopened in a new location at 5-25 46th Ave., just steps from the LIC waterfront.

Owned by Martin Kerestes and Zhana Galijasevic, the husband and wife team behind Yoga Room LIC, Yoga Room Astoria and Pilates Works, Workout Factory opened the doors of its new expanded location to a full schedule of classes in July. The new move allowed the Pilates business to expand to its own facility, Pilates Works, at 10-91 Jackson Ave. in LIC, and add a full lineup of spin classes to the WF location.

WF is introducing the Stages Indoor Cycling Bike and the accompanying state-of-the-art fitness technology to the western Queens fitness scene, and it produces a one-of-a-kind spinning experience. Galijasevic gave me a thorough tutorial on the bike, and having been on many other spin bikes, I would easily pick this one every time. The bike itself is much sturdier than other indoor bikes: solid base, seat and handlebars with a very smooth rotation (no clicking!) and resistance adjustment. When set up properly, I felt like it was a part of me, which is fantastic for an instructor-led ride. Stages is a pioneer in cycling metrics in outdoor training and they have brought that expertise to the indoor cycling world. Instead of an estimated analysis of power output, Stages puts the meter directly on the pedal for a more exact reading. Recognizing that not every spin aficionado is drawn to the same experience, Workout Factory offers two differing models of spin classes: Spin Flight and Spin Rhythm. Spin Flight makes use of the Stages on-screen technology. The rider is able to maximize heart rate and intensity by riding through different color zones based on individualized power output. Members can track these metrics with their own accounts to watch their fitness progression.

Spin Rhythm is a music-led class, creating a party atmosphere among the studio blacklights. Both classes are instructor led and are continually changed up for variety. Though the introduction of spin is new to Workout Factory, visitors will find their trademark bootcamp-style studio workouts still at the center of their programming. A mix of resistance training and cardio make up the varied class offerings. Classes such as Row HIIT, WF Bootcamp, TRX Barre, TRX Strength and WF Jumpsweat incorporate hand weights, rebounders, rowers, bodyweight, step and TRX suspension. The layout of the studio feeds into the organization of the classes quite well. And with Williams’ energetic and clarity of instruction, there was a natural flow from station to station without any lags in time or confusion among the participants. It was a packed class and the attendees were incredibly friendly and welcoming. I have always been a big fan of Galijasevic’s design aesthetic. Those who are familiar with her and her businesses know that she takes a super hands-on role in this area. The new location doesn’t disappoint. Sleek, open and functional, the space has her touch on every detail. And the location could not be more suited. What was once a skeleton of a warehouse is now another resource for a western Queens neighborhood that is growing by leaps and bounds. Stop by and give it a try! Workout Factory is currently running a grand reopening sale with several packages detailed on their website.