A group of talented Little Neck students will show off their smarts at a fast-paced robotics competition this Saturday.

This year’s team of P.S. 94 RoboPandas will head to the Bronx on Feb. 3 to compete against dozens of schools from the five boroughs at the FIRST LEGO League competition. In preparation, the group of eight fifth-grade students continue to work together to fulfill the contest’s two-part requirement: a research project and robot design. After extensive research, the students came up with the “Moat-o-swale,” a new and improved design. The group decided to use a 50/50 soil and wood chip mix, which they found was most effective to absorb the water. They will present their design to judges at the upcoming competition.

“They will be competing against eighth-graders, but they’re confident,” said Ellie Glus, coach and teacher. “They believe in their message … They even wrote a letter to the Department of Environmental Protection and we want to present it to the neighborhood.”

Halina Reinhardt, mother of team member Nolan, said she’s proud of the group of kids for taking a risk on a debated topic.

The RoboPandas also designed a robot, “Aquabot,” which they specially programmed and designed to complete a series of timed tasks at the competition.

“We found the component of building our robot more challenging because we all had different ideas of how to put it together,” student Anthony Arias said. “And what we had to do was try to combine all of our ideas and compromise to see what worked best.”

Team members said being a part of the RoboPandas has increased their interest in math, science and technology. A technician, engineer and programmer are just a few of the career paths students cite as potential interests.

“I feel more attracted to environmental science,” Lily Lu said. “The earth fascinates me and I want to get to know more about it.”

The school has a history of success at the Robotics competition. Last year’s team of fifth-graders moved on to earn second place in the city finals.

The FIRST LEGO League competition will take place all day at the Horace Mann School in the Bronx on Feb. 3. 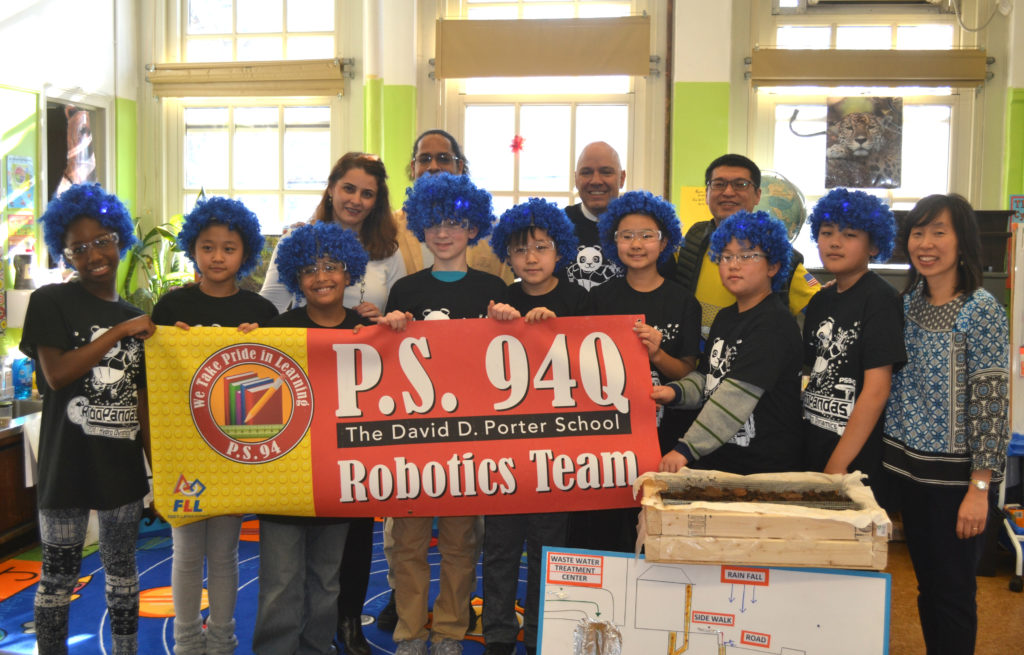