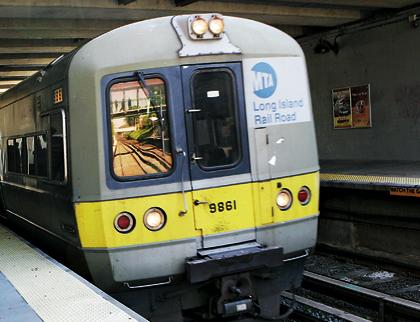 The Metropolitan Transportation Authority is not the only ones turning to the new method of concrete repair that will be applied to the Canarsie Tunnel in April.

Amtrak hopped on board with the MTA by supporting the plan released by Governor Andrew Cuomo to avert the closure of the L train by coating the sea water-damaged bench-walls of the tunnel which hold critical electrical components in fiberglass polymer and mounting new cables.

Amtrak has been battling problems of their own in the East River Tunnels between Penn Station and Sunnyside Yards, which service the Long Island Rail Road, with electrical outages being the main culprit of delays to and from the transit hub.

“Today, MTA officials met with Amtrak leadership to provide a briefing on the L Train project.  On Jan. 3, the MTA accepted recommendations of an expert review panel that the L Train tunnel could be repaired while averting a closure,” MTA and Amtrak said in a joint statement. “The expert team, comprised of the deans and faculty from Columbia University and Cornell University engineering schools, conducted weeks of extensive review and analysis, while working directly with MTA officials, design engineers and contractors. After the MTA’s leadership determined that the new scope of work could be achieved with the proper due diligence to ensure the safety and longevity of the project, Amtrak expressed interest in undertaking a preliminary review of these methods to see if they could be applied to any portions of its own projects including the East River tunnels.”

Amtrak’s problems with their infrastructure surrounding Penn Station became apparent in the summer of 2017 with a state-of-good-repair backlog illustrating dismal circumstances.

The railroad was forced to close 20 percent of its 21 tracks going under the East River during an eight week period New Yorkers now look back on as the “summer of hell” to address a series of derailments and electrical outages which left LIRR trains stranded in tunnels sometimes for hours.

The Port Washington Branch on the LIRR is heavily utilized by Queens residents who often use the line between Little Neck and Woodside to commute to and from Manhattan each day.

Cuomo said at the Jan. 3 announcement that Canarsie Tunnel would not be completely closed that the structure was not damaged when it was totally flooded during Superstorm Sandy, and that coating the bench-walls would not act as a “Band-Aid” solution.

“This state is the most aggressive state in the United States that does the kind of infrastructure that we do,” Cuomo said. “Nobody has ever used fiberoptic cables on bench-walls to detect motion … No designer wants to give you a plan that hasn’t been done before. They want to give you a design that’s tried and true.”

The fiberoptic cabling to be mounted on the fiberglass bench-walls will host a variety of functions including the ability to detect when a person is on the tracks.

The Canarsie Tunnel will operate at half capacity for the next five years on weekends and nights while the work is completed despite communities favoring the 15-month closure instead.

In March 2018, state Comptroller Tom DiNapoli released a report on the LIRR’s on-time performance for 2017 and found that Amtrak was responsible for more than 3,000 late, canceled or terminated trains which was an increase from the year prior.

Amtrak did not immediate respond to a request for further comment.