Bronx man paid annual $1.19M to not play for the Mets That one exclusion is the New York Mets, who have just paid the Bronx born, 1997 World Series winner and former third baseman and outfielder a meager $1,193,248.20 today according to ESPN; just as the franchise has each July 1 since 2011 and will continue to do so until 2035 per what is arguably the most one sided contract buyout in the history of sports.

The now 57-year-old Bonilla, who played ball for Lehman High School on East Tremont Avenue in the Bronx and later at the New York Institute of Technology on Long Island, had his late career $5.9 million contract bought out by the Mets following the 1999 season.

Rather than paying out the aging Bonilla in a more upfront manner, the organization felt it would be an amazin’ idea to shell out an annually estimated $1.2 million with an eight percent interest over a 25 years period beginning on that infamous July 1, 2011.

In other words, Bonilla took the Mets to cleaners so hard that the team needs not have a uniform washed for decades.

Prior to his buyout, Bonilla had two stints in Queens, the first was after leaving the Pittsburgh Pirates in 1992 to play with the Mets until late July of 1995, where he was the National League’s highest payed player at the time.

The latter was his brief return in 1999 which was more than Mets bargained for…literally.

He was in Baltimore from 1995 through 1996, where Bonilla and the rest of the Orioles faltered to the New York Yankees (and Jeffery Maier) in the ’96 American League Championship Series.

Though, Bonilla would complete his quest to win the fall classic in the following year in 1997 with the Florida Marlins, being promptly sent to the Los Angeles Dodgers in a deal that sent the to-be-beloved Mets catcher Mike Piazza to Florida that off-season.

After an average year in L.A., Bonilla returned to the Mets for the 1999 season, where he was criticized for a lack of competitiveness during the 1999 NLCS against the Atlanta Braves — the club he would go on to play the 2000 MLB season with.

Bonilla would finally hang his hat in 2001 after playing a season with the St. Louis Cardinals, going out as a 2,000 plus hitter with 287 home runs, 1,173 runs batted in, and a career .279 batting average as a six-time all star and three-time silver slugger.

Prior reports have hinted that the Mets will to stretch Bonilla’s payout so lavishly was because of investments the team had secured at the time with Hofstra University graduate and later Wall Street con, Bernie Madoff.

Obviously, that investment turned out to be a strikeout looking.

This story originally appeared on bxtimes.com. 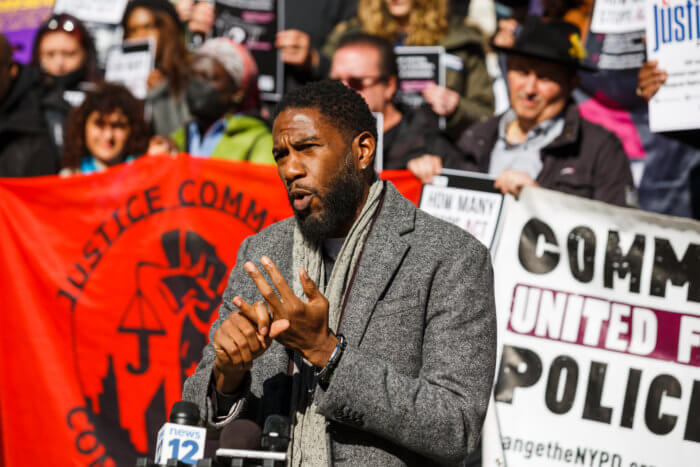