‘She was a trailblazer’: Queens mourns loss of former Borough President Claire Shulman 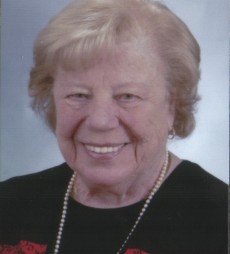 Shulman, 94, had been battling lung cancer and pancreatic cancer. She passed away in her home, surrounded by her children, Ellen Baker, and Larry and Linda Shulman.

Shulman was the first woman to be elected as Queens borough president, a position she held for 16 years, from 1986 until 2002, when she was term-limited. During that time, dozens of neighborhoods were rezoned, generating development which led to the economic revitalization of downtown Jamaica, Flushing and Long Island City.

As borough president, Shulman was pivotal in ensuring the progress of a number of cultural institutions, including the Queens Museum of Art, the New York Hall of Science, Queens Theatre in the Park and the Museum of the Moving Image.

She played a major role in securing funding for 35,000 additional school seats and the completion of the Queens Hospital Center, a $170 million complex serving 400,000 patients annually that is the largest health care provider in the borough.

Shulman’s public service began in 1955 with the Bayside Mother’s Club, the forerunner of the PTA.

“I became the president because no one else wanted to do it,” Shulman told TimesLedger Newspapers in 2016. “I wanted to make sure my kids got a good education. Their school was very old and shabby. I told the Board of Ed I’d sue them for being slumlords and they weren’t familiar with the term.”

Shulman has remained active in politics, having endorsed Donovan Richards in the 2020 race for Queens borough president, and also served as president and CEO of the Flushing Willets Point Corona Local Development Corporation.

Richards took to Twitter Monday morning to mourn the loss of “a good friend.”

I lost a good friend last night. Queens lost a true gem lastnight. Claire Schulman was one of a kind. Her commitment to building institutions and fostering opportunities for people from all walks of life in Queens can’t be overstated,” Richards tweeted.

“Her strength, tenacity, and persistence is why she led the borough of Queens, with honor and such distinction for nearly two decades. She made history as the first woman to hold the position,” he added. “In this rough and tumble business of politics, she managed to bring people together, even through disagreement. Because she understood that leadership was about improving the lives of everyday New Yorkers, but especially Queens residents.”

Richards said Schulman served as a mentor to him after he decided to run for Queens borough president in October.

“When I made the decision to run for borough president, I reached out to Claire for advice, mentorship and support,” he tweeted. “Our first meeting lasted nearly 5 hours at her kitchen table, where she proceeded to give me a history lesson on Queens. In her 90’s she was a walking encyclopedia.”

Richards said Schulman would text him every day to check in on his campaign and, upon learning he secured the Democratic nomination for borough president, “she was there for the entire ride.”

Melinda Katz, who followed Shulman and the late Helen Marshall as Queens borough president before becoming Queens district attorney called Shulman a “trailblazer” and “a fierce leader who dedicated her life to bettering the lives of all Queens residents.

“I am extremely saddened to hear about the passing of Claire Shulman. I had the pleasure of working for Claire when she was the Queens Borough President – the first woman to hold the post. She was a trailblazer,” Katz said.

“I was honored to follow in her footsteps as Queens borough president and owe her a great debt of gratitude for her amazing leadership and profound dedication to public service. Claire was absolutely pivotal to the vibrancy and prosperity of Queens County that we continue to enjoy today,” Katz added. “My deepest condolences to her family and loved ones as we mourn her passing and celebrate a remarkable life dedicated to bettering the lives of all Queens residents. May she forever rest in peace.”

Sharon Lee, who has been serving as acting Queens borough president since Katz vacated the seat after becoming district attorney, said Shulman was “larger than life.”

“She did not waste time, and lived every single minute fully and with purpose. In a borough known for its trailblazers, few have led a life of dedicated public service as robust and as effective as Claire Shulman,” Lee said. “You just couldn’t say no to Claire Shulman. She transformed the landscape of the city’s largest borough, and so much of what we see and enjoy today are the results of her extraordinary vision and decisions made over 18 years ago. No one loved Queens more than Claire Shulman, and in turn, she was widely respected and deeply loved.”

Lee said the office of the Queens Borough President is planning on hosting a special tribute to honor Shulman’s life and legacy and that details will be released soon.

Queens Rep. Grace Meng said she was devastated to learn of Shulman’s passing.

“A great friend, mentor, and role model, she was an incredible woman and a political icon who during her time as Borough President was the embodiment of Queens,” Meng said. “Claire absolutely loved the borough that she led for 16 years, and she never stopped fighting for its residents. She made so many contributions – way too many to mention – that had tremendous and long-lasting impacts on the lives of countless individuals, and she continued working to improve the borough well beyond her service as Borough President.”

“Queens is a better place thanks to Claire Shulman and I and so many owe her an immense debt of gratitude for everything that she did for our borough, and I will forever be in her debt for all the help, advice and encouragement that she provided to me,” Meng added.

“Just now I received the news of the passing of another dear friend, mentor, & hero, former #Queens Borough President Claire Shulman, the greatest public official of her time,” Grodenchik said on Twitter. “May her memory be for a blessing & may the example she set inspire others to a life of public service.

Councilman Daniel Dromm called a Shulman a “champion for Queens and the LGBTQ community.”

“She was a beautiful person. I am deeply saddened to learn of her passing. RIP,” he said on Twitter.