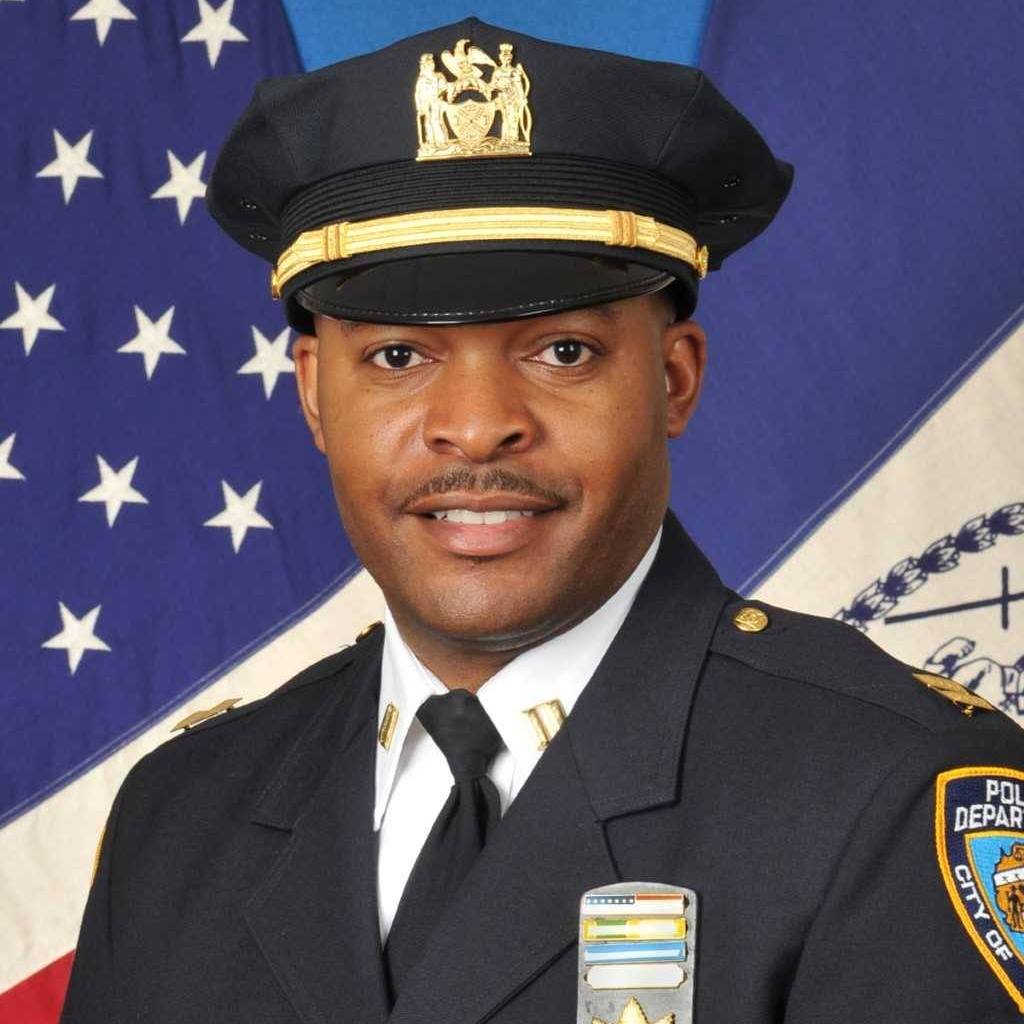 Captain Louron Hall, the NYPD’s 104th Precinct new commanding officer, spoke with QNS about his plans for the precinct, crime increase and the tensions between some community members and police officers.

Hall has been a member of the police force since 2002, serving on Manhattan’s 32nd Precinct, Brooklyn’s 73rd and 77th Precincts, and Queens’ 107th and 100th precincts in various capacities — from narcotics investigator to sergeant and, eventually, captain.

Before he arrived at the 104th, which encompasses western Queens’ neighborhoods Ridgewood, Glendale, Middle Village and Maspeth, Hall served as the commanding officer of the Rockaway’s 100th Precinct for two years.

He will now take over from Deputy Inspector Victoria C. Perry, who will be working at the Community Affairs office with Chief Jeffrey Maddrey.

Hall said Perry has been a big help during his transition process.

“Her leadership has been phenomenal. I can see why she’s beloved in the community,” Hall said. “I hope to continue in that same vein, building relationships between police and community.”

But, as Hall noted, the 104th Precinct has faced some challenges, as it seen a steady increase in crime in the last 18 months. Hall said they’ve seen an increase in property and commercial burglaries as well as grand larceny auto in 2020, so far.

Hall said the commercial burglaries have mainly taken place on the commercial corridors on Fresh Pond Road and Myrtle Avenue, primarily between 3 and 5 a.m.

“In addition to changing our deployment to combat this, we need assistance from the public,” said Hall, adding that officers are working later hours to combat commercial burglaries.

Hall said that when it comes to the increase of grand larceny auto — a mixture of which includes cars as well as scooters and motorcycles — they’ve noted that owners often times leave vehicles unlocked with valuables left inside.

The COVID-19 pandemic may be a factor for the increase in crime at the 104th, according to Hall, as well as New York City’s contentious bail reform laws.

“With COVID and unemployment, people are in dire straits,” he said. “In times past, these types of crimes are committed by individuals who have rap sheets, and they would be held to try to minimize the recurrence, but this is considered non-violent now.”

“We need the public to take heed of these types of crimes and help us help them,” said Hall.

He said their social media presence — the precinct’s Twitter page has more than 9,000 followers and almost 3,000 followers on its Facebook page — helps them share messages to inform the public on what they can do to combat crime.

“Our community affairs officers and auxiliary officers go out and educate the community,” said Hall. “With scooters and motorcycles, we put flyers to let them know about crime patterns, so they do a better job of securing them.”

Hall said that it’s “refreshing” to be in a pro-police community, similar to the 100th Precinct.

Even so, neighborhoods within the 104th Precinct saw demonstrations calling for the NYPD to be defunded, and are still seeing protests over police brutality and police unions.

When asked about the tensions some community members feel toward police officers — sparked by the national unrest that resulted of police officers killing Minneapolis’ George Floyd and Louisville’s Breonna Taylor — Hall said he’s learned to understand why some people feel uneasy.

“Every community has their feelings about police, their own interactions with police, whether it’s personal or based off a friend or family member’s interactions with the NYPD,” he said. “That’s their experience, and you have to respect it.”

Hall said the uniform is “symbolic,” and he tries to convey this message to his police officers, who he said are often younger individuals.

“One thing I’ve learned, especially being in executive positions, is that you have to empathize with people and understand what they may be going through, even if it isn’t what I’ve experienced,” Hall said. “A lot of officers at the 104th, and other precincts, are very young and they need to understand that the sentiments some feel doesn’t necessarily mean it’s against them, personally. We need to try to forge good relationships so the next interaction is the best.”

He added that the pro-police rallies – several of which took place in the 104th’s jurisdiction during the summer — help them feel appreciated.

“There’s two sentiments out there, we just have to stay positive,” Captain Hall said. “Everything will work itself out.”

Captain Hall reiterated one of the NYPD’s main messages, “See something, say something,” to encourage community members to call 911 if they hear or see any crimes taking place.