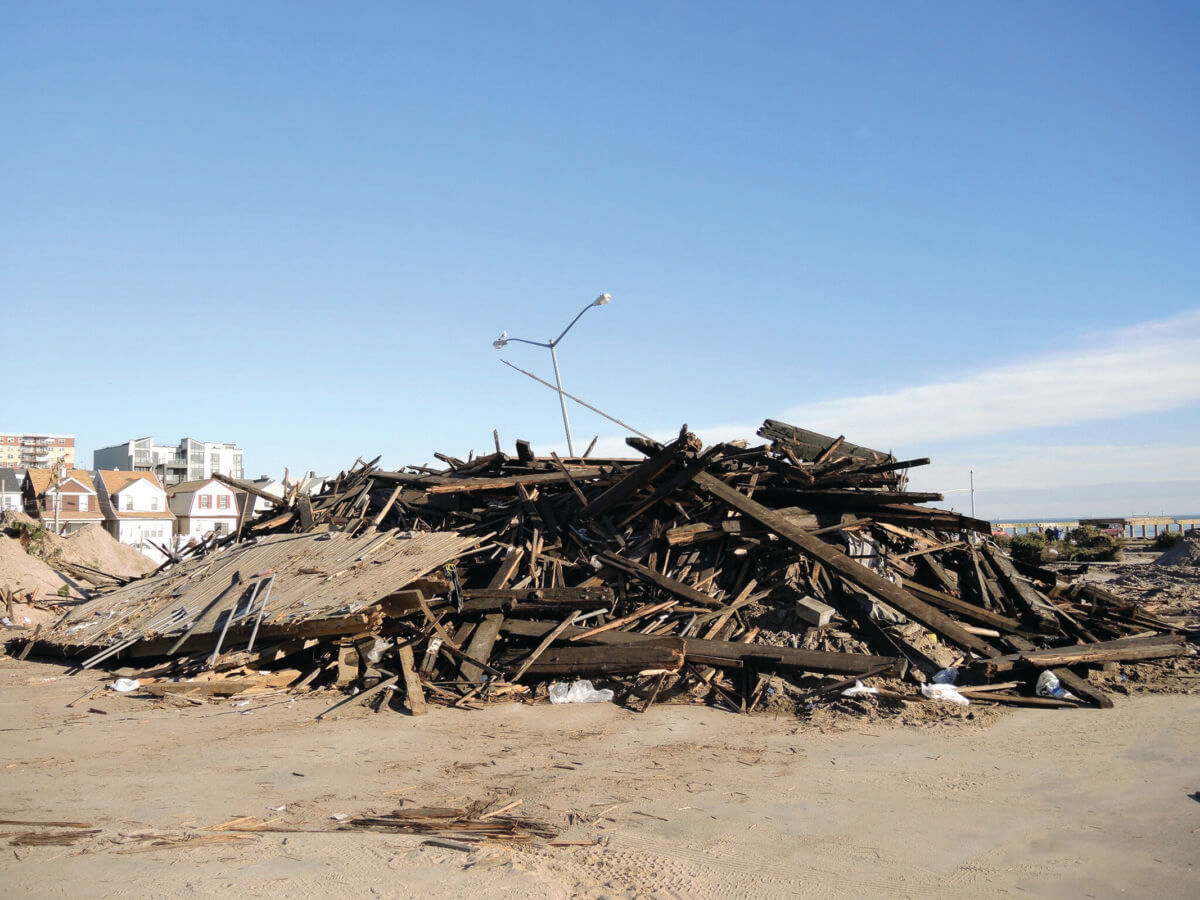 Nearly a decade after Parks Department workers discovered a man’s remains in debris caused by Superstorm Sandy, like this, a Far Rockaway man was found guilty of committing the brutal murder. (QNS file photo)

Far Rockaway resident Thyron Aycock was sentenced to 25 years to life in prison Tuesday by Queens Supreme Court Justice Cassandra Mullen for the 2012 killing of a man whose body was found among the beach debris following Superstorm Sandy.

Ayckock, 48, was found guilty of murder in the second degree last month following a jury trial for the brutal beating death of Shawn Rucker, whose remains were discovered by NYC Parks workers who were cleaning garbage and debris from the damaged dunes in Far Rockaway, according to Queens District Attorney Melinda Katz. The jury deliberated just two hours before rendering the guilty verdict.

According to trial records, Aycock lived with his girlfriend and her ex-boyfriend — 32-year-old Shawn Rucker of Maryland — in Far Rockaway. Sometime between Nov. 5 and Nov. 7 of 2012, Aycock demanded that Rucker leave his home. The two men became embroiled in an argument that escalated into physical violence. Aycock struck Rucker at least eight times in the head with a hammer. Rucker died as a result of blunt force trauma and chest compressions.

According to trial testimony, Aycock then made attempts to dismember the body of the victim. There were lacerations on Rucker’s wrist, and his left thigh had a gaping cut to the bone. His body was bound with a very distinctive patterned cloth and he was stuffed into a garbage bag and buried on the beach.

On Nov. 15, according to trial testimony, workers with the Parks Department were clearing debris in the vicinity of Beach 13th Street when they noticed an elbow sticking out of the sand and discovered Rucker’s remains.

Trial testimony revealed that during the investigation, the NYPD executed a court-authorized search warrant of Aycock’s Far Rockaway home where they discovered a knife with the victim’s blood on it. A saw was also found and was forensically matched to the deep thigh wound of the victim. A bedsheet with the same distinctive pattern as the cloth used to bind the victim was also recovered inside the home.

Aycock was not apprehended until nearly seven years later when he admitted to a friend that he had killed someone and gave very detailed information about the homicide. That friend contacted the NYPD.

“After so many years, the defendant may have thought that he had gotten away with murder but investigators and prosecutors never relented and today a judge sentenced him to a lengthy term of incarceration as a measure of justice for his brutal crime,” Katz said.