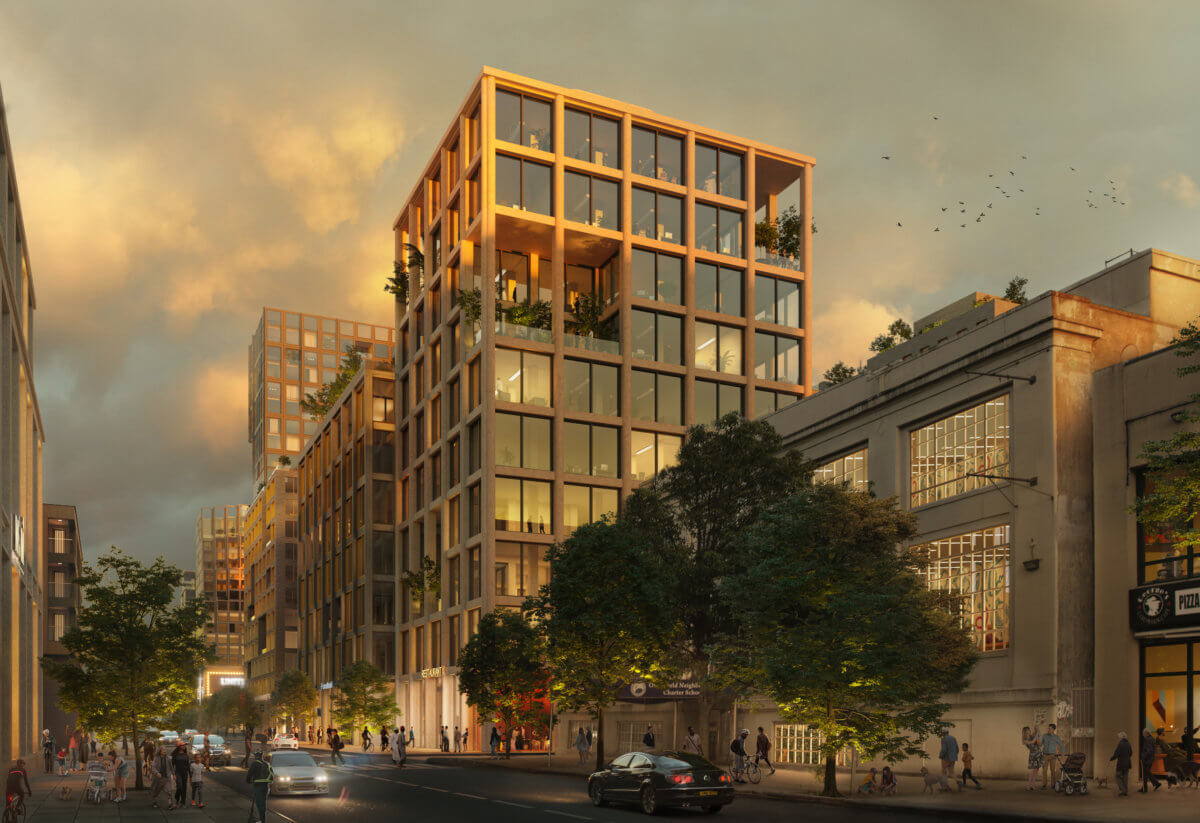 Just a week after the City Planning Commission voted to approve the massive Innovation QNS plan in Astoria, the developers behind the $2 billion project have sweetened the deal in the hopes of winning the support of Councilwoman Julie Won, whose approval will likely sway the vote when it comes before the City Council early next month as part of the city’s public review process.

The Innovation QNS team met with Won on Sept. 16 and sent a letter to her on Sept. 27 presenting an improved plan to make 40% of the project’s 2,800 apartments permanently affordable as opposed to the initial 25% in the original proposal. They also proposed to make 500 of those rentals at 30% of the area median income.

The developers behind the proposal — Silverstein Properties, BedRock and Kaufman Astoria Studios — also committed to hiring at least 30% of its construction workers from the local community.

“If approved, Innovation QNS will be the largest privately developed influx of affordable housing in Queens history, more than tripling the number of affordable homes created in Astoria in recent years and adding more than 500 deeply affordable new homes for the city’s most vulnerable families earning ‘extremely low income,’” Kaufman Astoria Studios Vice President Tracy Capune said. “We’re grateful for the productive dialogue with Council member Won, Borough President Richards, and our neighbors that shaped this important expansion to the project’s affordability and look forward to continuing to collaborate with the Council member to deliver this urgently needed $2 billion investment in Astoria.”

Won has been critical of the Innovation QNS project since taking office and following the CPC vote to approve the project, she said the commissioners “chose to rubber stamp this plan without a significant commitment to deep affordability to meet the community’s needs for affordable housing,” and that she requested that the development team to return to the community again with modifications and she will not settle for a plan that is below 50% affordable. QNS reached out to Won’s office for further comment and is awaiting a response.

Queens Borough President Donovan Richards disapproved of the project just last month, but his ruling was advisory. Community Board 1 also rejected the proposal in June.

“I’ve been clear throughout this long and often frustrating land use process that the development team behind Innovation QNS needed to put forth a steadfast commitment to true affordability. I believe today’s announced compromise of setting aside 40% of the project’s units — approximately 1,100 homes — as permanently affordable, while ensuring approximately 500 of those units are available at 30% of the area median income, represents significant progress toward exactly that,” Richards said. “With Astoria and New York City as a whole in the throes of a housing crisis, we must set a new standard when it comes to ensuring private development provides significant public benefits to the communities they seek to call home. I thank the development team behind Innovation QNS for its partnership in bringing true and deep affordable housing to Queens.”

The Innovation QNS development consists of 12 buildings, with eight standing at over 15 floors and the two largest at 27 floors that would rise on a five-block area of southwest Astoria centered on Steinway Street and 35th Avenue.

The project has drawn a major backlash at a number of town hall meetings from housing advocates who say “affordable” homes are still out of the price range of many in the community.

“These units are out of reach for working class and immigrant communities that have traditionally called Astoria home. NYCHA residents, with median incomes of approximately $20,000/year, would not even meet the income requirements to apply for the affordable housing lottery,” a spokeswoman for Astoria is Not For Sale said. “We will continue fighting. Astoria and New York City deserve real affordable housing and meaningful community engagement. This project is wrong and no amount of rationalization makes it palatable to our communities.”

If the City Council votes in favor of the project it will go to Mayor Eric Adams for final approval.