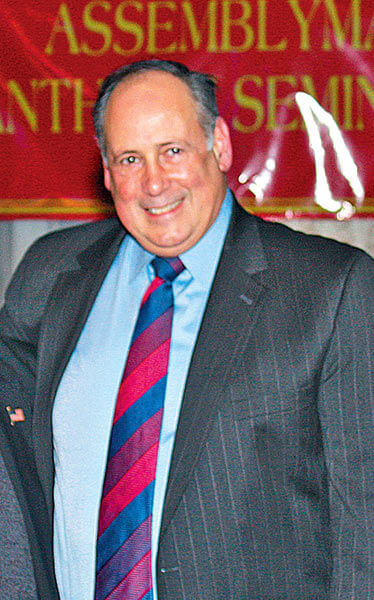 A federal judge sentenced a former Queens hospital executive Monday to three years in prison for bribing three state legislators in exchange for lobbying on his institution’s behalf.

Rosen, 64, had been convicted of bribing state Sen. Carl Kruger and state Assemblymen William Boyland Jr., both of Brooklyn, and Queens Assemblyman Anthony Seminerio with hundreds of thousands of dollars in a non-jury trial.

Rosen faced up to 70 years in prison and a $250,000 fine for the bribery scheme, but even the reduced sentence he received drew tears from his family members.

“He made this a government not of the people, but of the debauched,” said Manhattan Federal Judge Jed Rakoff as he imposed Rosen’s sentence.

According to the U.S. attorney in Manhattan, Rosen’s illegal actions included more than $400,000 in payments made to Seminerio through a sham consulting company; a no-show job given to Boyland between 2003 and 2008 that paid close to $35,000; and an attempt to bribe Kruger by steering Brookdale to do business with Compassionate Care Hospice, a concern in which Kruger had an interest.

Rosen’s lawyer, Elkan Abramowitz, contended that the hospital executive acted in the best interest of his community and asked that the judge sentence him to community service in lieu of a jail sentence.

Abramowitz said Rosen did everything he could to keep his hospitals open and serving his community. Three Queens hospitals — Parkway, Mary Immaculate and St. John’s — shut their doors between late 2008 and early 2009.

“He [Rosen] didn’t ask officials to steal anything for him. He did not ask them ever — ever to abuse their discretion for him,” said Abramowitz. “David Rosen stands before you having lost his job. He lost his career. He lost his reputation. He lost $3 million in severance. He lost everything.”

During his statements to the judge, Rosen, 64, said he was proud of his 40 years of service to populations in need, specifically those surrounding Jamaica Hospital.

“I took every opportunity to avail myself to improve the care of the largely indigent community around Jamaica Hospital. I tried to rally officials in Albany, but often found myself standing alone,” he said. “I tried with relentless persistence to rally other health care professionals and officials to recognize the plight of the safety net hospitals.”

The judge did laud Rosen’s character and noted that there should be no doubt the former hospital executive’s actions helped to strengthen health care in lower-income neighborhoods.

But the judge said he could not overlook Rosen’s disregard for the law.

“The glaring and rather tawdry truth is Mr. Rosen knowingly and intentionally bribed one legislator after another, month after month and year after year,” he said.

In addition to the prison term, Rakoff sentenced Rosen to two years of supervised release and ordered him to pay a $500 special assessment fee.

Rosen’s team plans to mount an appeal ahead of the Aug. 8 surrender date.