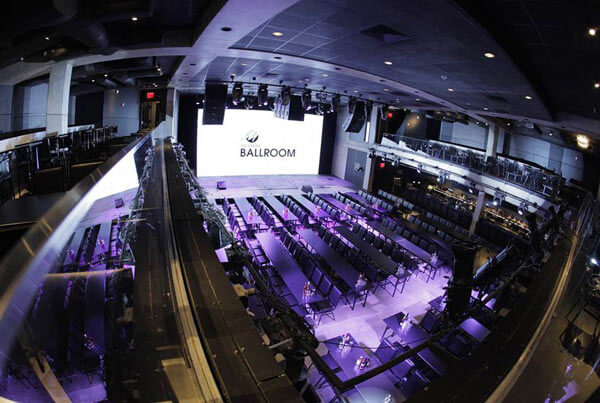 Melrose Ballroom, at 36-08 33rd St., hosted a handful of events in December as the management team geared up for a grand opening in March.

The 8,000-square-foot hall has three levels with a capacity of 1,200 people and is designed for concerts, sporting events and corporate and private parties.

“The owners chose this property because they felt the cultural district needed a venue like this one,” general manager Demetrios Kafchitsas said.

The district is home to Kaufman Astoria Studios, the Museum of the Moving Image, the Frank Sinatra School of the Arts, the Astoria Performing Arts Center and the headquarters of the Queens Council on the Arts.

The general manager has worked at several locations in Astoria over the last 30 years, including The Crystal Palace in the 1980s.

Melrose Ballroom features a main stage with a state-of-the-art sound system and one of the largest LCD video screens on the East Coast. The video screen will be used by viewing parties during the baseball season, the Super Bowl and the World Cup. There are four bars, a rooftop garden and restaurant and a VIP room with an outdoor patio space.

The Melrose Ballroom also offers a unique VIP service called Timeshare, where a customer can reserve the same table for every event.

Kafchitsas said the handful of events during their soft opening impressed the customers.

“We’ve had great feedback from the thousands of people that came in during our events in December,” he said.