Chants of “show us the money” reverberated throughout the gymnasium of the Boys and Girls Club of Metro Queens on Wednesday, as parents, children and staff called for more funding for after-school programs.

The Richmond Hill-based nonprofit organization, which offers free after-school tutoring, homework assistance and athletic and arts programs, serves children from 6 to 18. But the elementary school programs, which serve 200 students, have lost their funding.

The City Council cut $420,000 from after-school programs for the next fiscal year and if it is not restored, club Associate Executive Director David Kupecky said, parents will have to choose between putting food on the table and providing their children with a safe space to attend after school.

“The mayor’s initiative this year is ‘after school for all,'” Kupecky said. “He’s talking about middle school, he’s talking about pre-K and I think that right now, elementary school is being forgotten.”

A City Council representative said no cuts have been made but the club lost an RFP proposal through the Comprehensive After School System of New York City (COMPASS). The representative also said that they are looking to provide funding for the Boys and Girls Club of Metro Queens and other programs that have been affected by budget shortfalls.

The Boys and Girls Club will have to charge parents $300 per month for the 36-week after-school program and $800 for the seven-week summer program if the funding is not restored in the final budget.

Marcus Gonzalez, a 20-year-old Jamaica resident who works at the Boys and Girls Club and has been attending the programs since he was 5, said that the mentors he met helped him when he struggled through high school and eventually pushed him to strive for more. He will be graduating from LaGuardia Community College in 2016 with an associate degree in early childhood education. 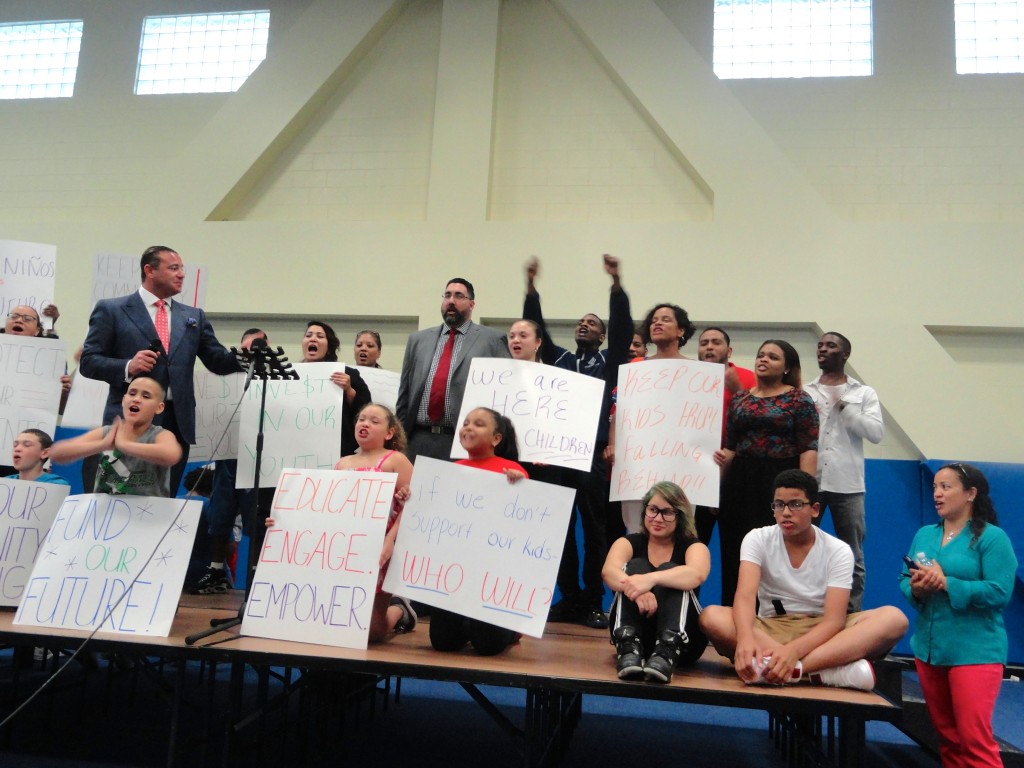 “If it wasn’t for the free-of-charge summer and after-school programs here where I grew up, who knows where I would be,” Gonzalez said.

Chrissy Mercado, a Richmond Hill resident whose three children attend the Boys and Girls Club after school, said she is worried about the impact these cuts will have on working families.

“These cuts will hurt parents who do not have family in the area to assist with child care,” Mercado said. “If this funding for our programs are cut this will force parents to make potentially dangerous decisions of leaving their children with after-school providers who may not be licensed, a terrifying thought.”

Shawna Richardson, who was a Richmond Hill and Far Rockaway resident but now lives in Brooklyn said she commutes to Queens every day so that her 12-year-old daughter can experience the same services that her 21-year-old son did when they lived in Queens.

“There are so many initiatives that the city is trying to embark on to improve the academic and social well-being of our children, our community, of our city as a whole,” Richardson said. “My children, our children are examples of the success and benefits that this club has already provided. So my theory is, why fix something that’s not broken?”