It is always a good idea to add more Queens into your Instagram feed — especially if it’s Queens as seen from a sensitive perspective of a trained photographer who tells stories that shouldn’t be missed.

Queens-based photographer and artist Patricia Silva who runs her Instagram account under a moniker Queens The Dream does just that. In her work — on Instagram as well as in real life — she focuses on invigorating details of urban landscapes that sensitively tell the story of the borough which Silva has been calling home since 1998.

“You know, I’ve been here so long and have seen different waves of change,” Silva, who focuses primarily on Long Island City and Astoria, told QNS. “I’m moved by the way in which we share space throughout the borough,” she continued. “In general, public space in New York has been disappearing for decades, but in recent years it has become a far more aggressive act. […] We have so few spaces that allow us to just be. We need far more open spaces, instead of retreating into more insular and reclusive privatization.”

Silva says that she is drawn to ideas and visuals that carry a sense of beauty that is both subtle and uneasy. When she wanders through the “remaining public spaces spaces we’re allowed to share” she’s looking at how layers and traces of immigration move through urbanity.

On her Instagram you can admire almost forgotten storefronts with their old-timey signs; interesting abandoned objects as well as serendipitous interactions of the old and the new Queens.

Silva who has been trained as a photographer and videographer has worked as a photo editor and director for over a decade. She has been creating a series of art photography books about Queens, and her latest creation will be included at the New York Art Book Fair and at a book exhibition at Knockdown Center and MoMA PS1. 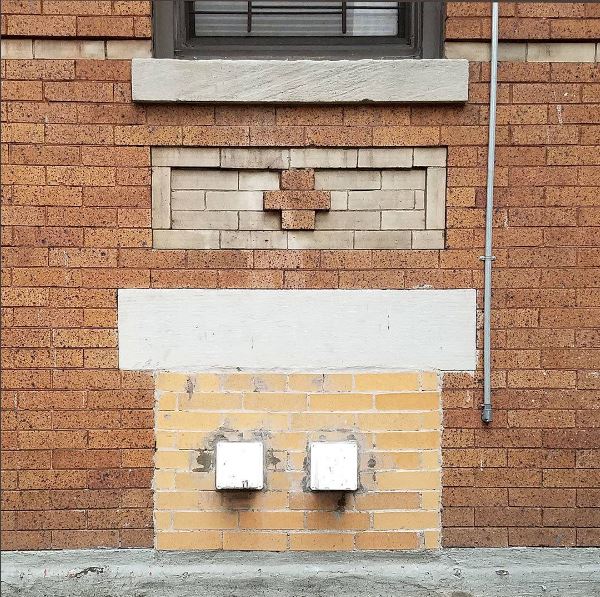