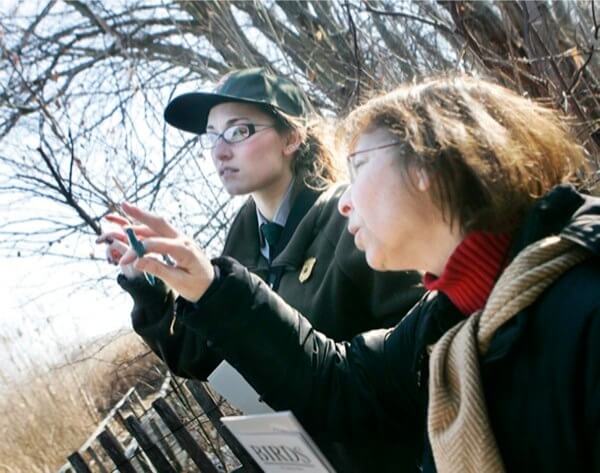 Over the course of two weeks, 600 volunteers planted 18,000 salt-tolerant and flood-tolerant trees and shrubs at the Jamaica Bay Wildlife Refuge, which is a part of the Gateway National Recreation Area. The last tree was rooted in the ground Oct. 29, the fifth anniversary of Hurricane Sandy.

The collaborative volunteer project, which took place at 175-10 Cross Bay Blvd. in Broad Channel, was the last leg of the three-year restoration project to help the Sandy-damaged Jamaica Bay become more resilient to future storms, according to the Jamaica Bay-Rockaway Parks Conservancy, the National Park Service and The Nature Conservancy.

Not only will the trees provide coastal resilience for the communities nearby, but they will also improve the wildlife habitat, according to the Jamaica Bay conservancy.

Hurricane Sandy devastated shoreline neighborhoods and 14 acres of the wildlife refuge, which was home to terrapins, horseshoe crabs, red bats and 330 bird species. An 8.5-foot storm surge uprooted trees and destroyed vegetation, according to The Nature Conservancy.

“As we reflect on the fifth anniversary of Hurricane Sandy, we appreciate the clear threats of sea level rise, flooding, and storm surge are very real,” said Bill Ulfelder, executive director of The Nature Conservancy in New York. “We believe in the power of nature to help protect New Yorkers and promote resilience in a climate-changing world. In Jamaica Bay, alongside our partners and community members, we have put that belief into action.”

“We know we are helping to strengthen the ecosystem at the refuge to survive and function far into the future, even in the face of a changing environment,” said Gateway Superintendent Jennifer Nersesian. “But perhaps more importantly, what we’ve seen through this project is the resilience and commitment of our community, from our project partners to the many volunteers who have all come together to help restore the refuge. It is that spirit of stewardship that is the real key to our future, no matter what the circumstances.”

Overall, the three-year project resulted in the planting of 28,000 trees and will also help to bring back visitors to Gateway, which houses the nation’s oldest lighthouse, hosts a historic airplane collection and has camping grounds.