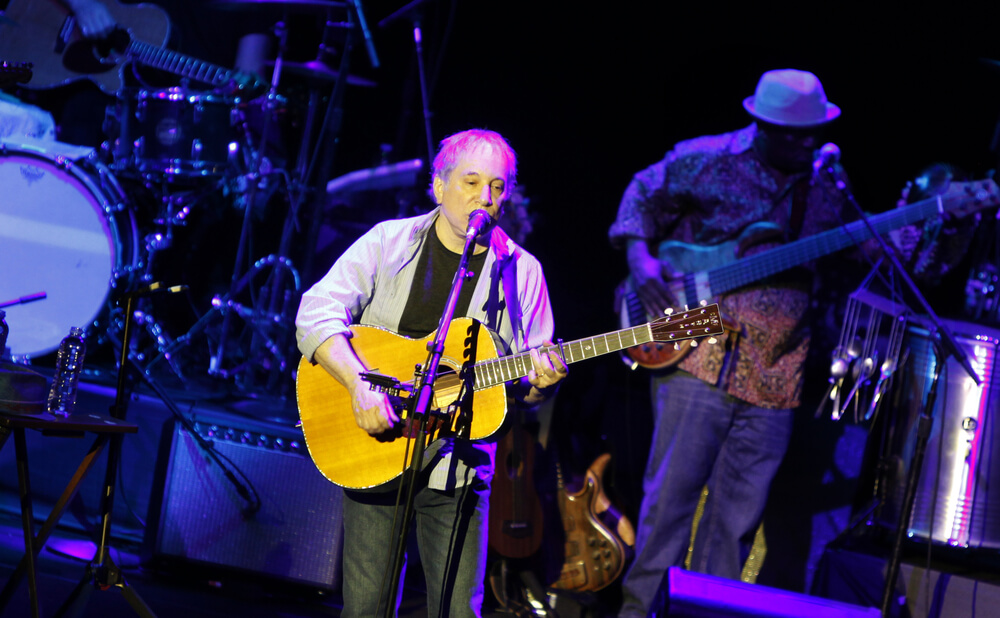 Queens’ own Paul Simon will say goodbye to “Rosie, the Queen of Corona,” one last time in his hometown.

On Sept. 22, the legendary singer will perform the last show of his Farewell Tour at Flushing Meadows Corona Park.

“It seems more like fate than coincidence that I should do the final show on this final tour at Flushing Meadows Corona Park,” Simon said. “I could have ridden my bike from home to the park in about 20 minutes, when I was a kid. But this is less a goodbye than a farewell. Thank you all for the ride, I had a great time.”

Born in Newark, New Jersey, Simon moved to Kew Gardens Hills with his family in 1945. At his farewell concert, Simon and his band will take the stage and perform a selection of songs and hits from his more than 60-year career.

Personal net-proceeds from the show will be donated to a charity that will be announced at a later date.

“When Paul Simon sings ‘Homeward Bound,’ there’s no doubt he means New York,” Mayor de Blasio said. “The grit, beauty and complexity of this city are woven into Simon’s most haunting songs, and our greatest venues have formed the backdrop of his performing career. It’s only fitting that this son of Queens comes home to Flushing Meadows Corona Park.”

The concert will take place rain or shine. Tickets go on sale on at 10 a.m. on Friday, June 29, with a presale for American Express Card Members on Monday, June 25. Click here for more information and to purchase tickets.

“Queens adores the fact that Paul Simon has chosen to come home for the final concert of his Farewell Tour. As a lifelong fan, I am absolutely thrilled,” Borough President Melinda Katz added. “The news, however, is bittersweet. The city of New York could have – and should have – turned this long-anticipated homecoming of Paul Simon into a free concert for all in the park, not limited to those who can afford to pay concert ticket prices at the expense of the surrounding community. There are still several days before tickets go on sale. In fairness to all New Yorkers, the city should figure out a way to make this historic performance free and accessible to everyone.”