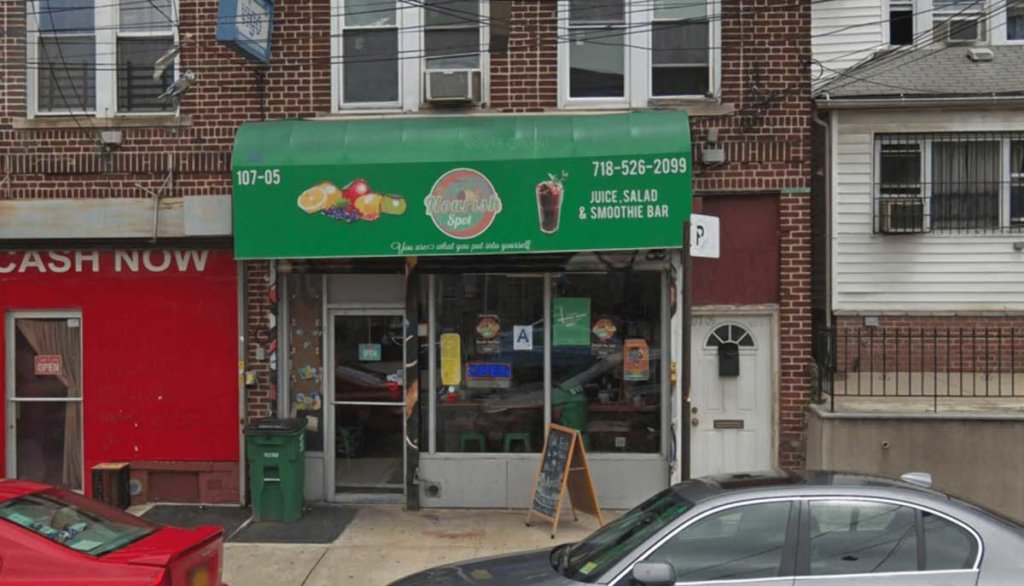 The Nourish Spot in Jamaica.
Photo via Google Maps

The Nourish Spot, an all-natural juice bar and salad joint in Jamaica, has not only expanded its offerings since its opening more than a year ago, but will also extend its reach, according to its owner Dawn Kelly.

“I’m ecstatic,” said Kelly. “It means that we are now able to do work with the city of New York entities like schools, businesses, and libraries — [the MWBE certification] means that we are able to open up to wider avenues for new clientele and increase profit.”

Kelly said she will reach out to Resorts World Casino New York City and Jamaica’s Central Library — which has a food hub — about selling her items, which now also includes customizable wraps for $7 to $9 and soups that cost $3.75 to $5.75 at the store, located at 107-05 Guy Brewer Blvd.

“We had two sizes of soup last winter, but now we have three because men were telling us our cups were too small,” said Kelly, who started adding the new items February.

Now that she is certified by PANYNJ, she can expect to have a concession at one or more of the airports and railway stations that they work with, including Newark Airport and the redeveloping LaGuardia and John F. Kennedy airports in Queens.

“We can show up one day at an area airport or train station near you,” said Kelly.

The entrepreneur is also in the process of speaking with the Jamaica Center Business Improvement District in hopes of opening up a booth at Jamaica Coliseum with the help of her children Jade Duncan and Owen Duncan, who helps her run the store.

Not only will she benefit from the new business opportunities, but so will the kids from local area high schools, according to Kelly.

“We give them vocational training here,” said Kelly.

Kelly credits her continued success to Lisa Ennis, a client manager at the NYC Department of Small Business Services, which helped her to get certified and offers free resources for new entrepreneurs. She also thanked Brendez Wineglass, a project manager from Small Business Services who managed a two-day boot technology boot camp for restaurateurs in Downtown Jamaica called ResTech in October.

The boot camp taught several business owners how to utilize technology to optimize their workflow and improve their customer service, and the entrepreneurs also got free photos to showcase their firms and their offerings.