The 2020 Census begins March 12, and every Queens resident needs to be counted 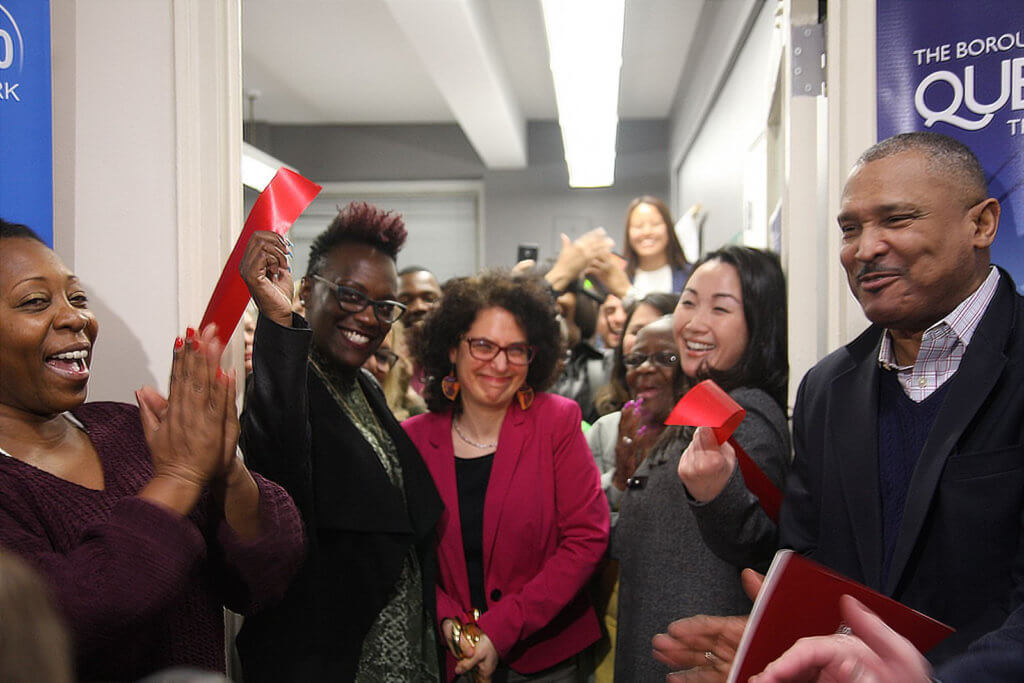 This is the week for all Queens residents to stand up and be counted as the 2020 Census kicks off Thursday, March 12.

Acting Queens Borough President Sharon Lee helped cut the ribbon on the 2020 Census Resource Assistance Center at Borough Hall, which is currently operating on Tuesdays and Thursdays from 9 a.m. to 6 p.m. through July 31.

“It’s all hands on deck for the 2020 Census,” Lee said. “We must ensure that every single Queens resident, of every age and regardless of documentation status, is counted. When we are not counted, we are rendered invisible and irrelevant for our fair share of federal representation and funding. “

To prevent a repeat of the substantial undercounts in various Queens neighborhoods during the 2010 Census, which dubiously reported the borough’s population rose by only 1,300 people over the prior decade, then-Borough President Melinda Katz first hosted a Census Town Hall in November 2018 to propel public discourse and engagement for this moment.

“An undercount is something the Borough of Families simply cannot afford,” Lee said. “The future of our country, city and state depend on a full and accurate 2020 Census count.”

There are no questions related to immigration or citizenship on the 2020 Census. It consists of just 10 questions, and none of them ask about employment status or housing situation.

Queens residents living with friends, family members, roommates, other families, or even in unlawful housing units, can and should participate in the 2020 Census. All responses to the census and any personal information held by the Census Bureau are protected by Title XIII of the United States code, which makes the sharing of any personal information by a Census Bureau employee a serious crime, punishable by up to five years imprisonment and a $250,000 fine.

This year, Queens residents will be able to complete the census form online in 12 languages in addition to English, and each of these languages will also have its own dedicated, unique phone number that speakers of these languages can call to receive direct assistance. In addition, the U.S. Census Bureau has published “explainer” guides in a total of 59 languages. Meanwhile, the city Department of Sanitation, in collaboration with NYC Census 2020 and F.Y. Eye, launched a new campaign Tuesday starring Oscar the Grouch of “Sesame Street” fame. Oscar encourages residents to “make your family count, even the grouches!”

The campaign will feature posters on the sides of more than 2,500 Sanitation trucks and mechanical brooms that provide services to every New York City neighborhood.

“Encouraging all New Yorkers to participate in the 2020 Census is an all-hands-on-deck effort,” DSNY Commissioner Kathryn Garcia said. “Our sanitation trucks are some of the most recognizable parts of the NYC streetscape, and we are very proud to put them to work in support of this important cause.”

NYC Census 2020 Director Julie Menin said that children under five are one of the populations most at risk of an undercount in the 2020 Census.

“We need to make sure that doesn’t happen again, because the more of us who fill out the census, the more money we get for NYC schools, roads, bridges, hospitals, housing, and more,” Menin said. “That’s why this campaign is such an important reminder that however you live and whoever you live with, we need to count everyone in our households, no matter how young or old, and no matter how much of a grouch.”