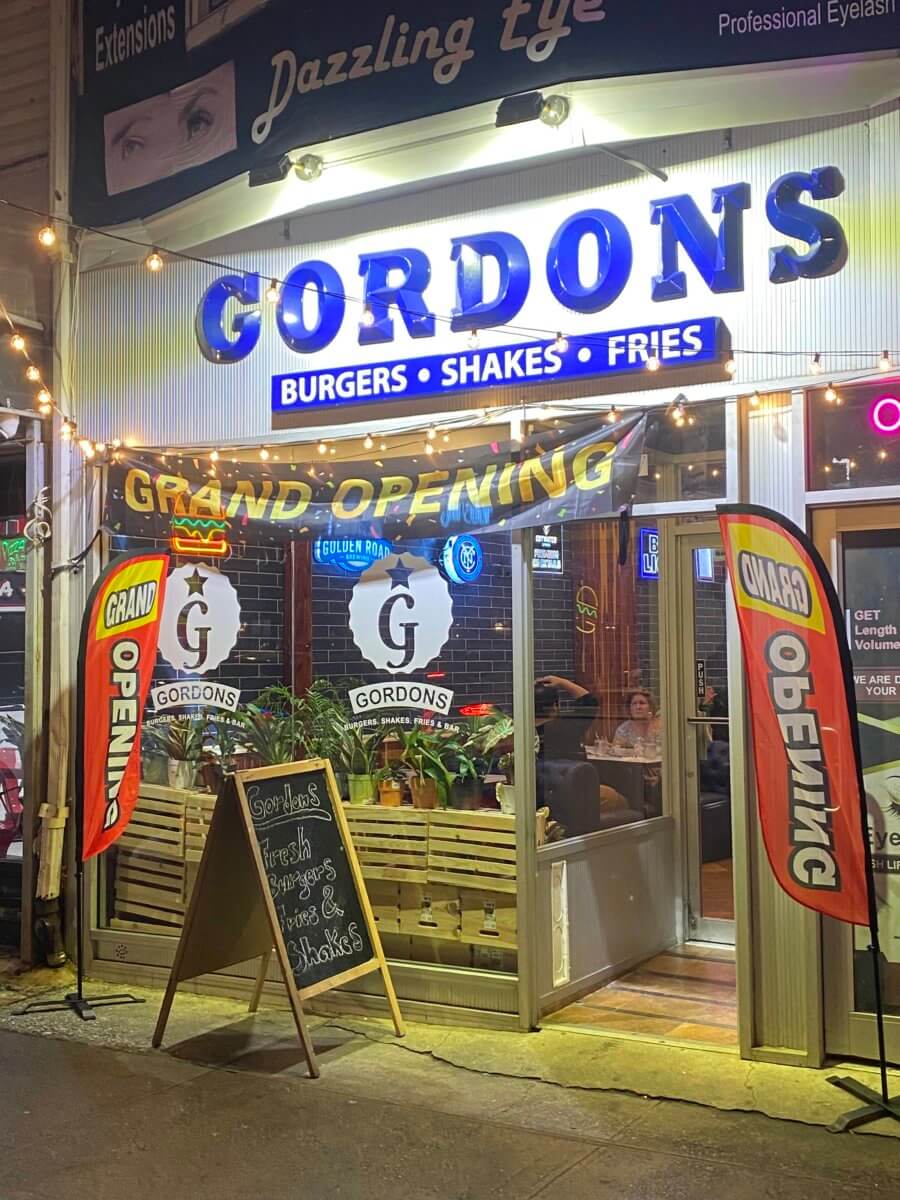 Gordon’s became the latest restaurant to open its doors on Bell Boulevard.

According to one of the restaurant’s co-owners, the Dec. 21 opening was the culmination of eight months of planning.

According to one of the owners, they’ve been very busy since opening. As expected, the restaurant has been at its busiest during lunch and dinner hours.

“We’ve received a great response from the community since opening,” a representative for the owner told QNS. “We’ve already had repeat customers [in less than a week of operation]. We’re very thankful to get such a great response.”

Seating for the cozy burger restaurant won’t be limited to indoors. Customers will have the opportunity to enjoy their meals from a starlit patio as well.

The restaurant is owned and operated by Dennis Verma, who resides within Crocheron Park. As a Bayside native, he’s looking to help the community by providing them with delicious food.

“I’ve always had a love for burgers and I know Bell Boulevard in Bayside was missing a place like this,” Verma told QNS. “We use only fresh, never frozen meats, hand-selected vegetables and we offer something for everyone, whether it’s beef burgers, chicken burgers, fish burgers or even veggie burgers. Most importantly our brioche buns are baked fresh everyday and use no preservatives. Community response has been amazing. We had our first repeat customers the second day we opened, so it’s pretty amazing.”

While some Bayside residents have said the prices of certain items on the menu can run a little high, many have also spoken highly of the food and service there. Others have also said that some of the food on the menu is cheaper there compared to other local restaurants.

“They have french fries for $5 there,” Andy Pollack said. “Everywhere else in Bayside, the average price is $7 to $8.”

The burgers have earned the most praise out of everything on the menu.

“My boyfriend and I loved it,” Lin Veloz said. “And some of my coworkers [and I] had it and it was just as delicious as the first time I went.”

“The food was tasty and fresh,” Patricia Jurgleit said. “I ordered takeout, so I can’t speak much about the atmosphere, but the person who helped me during the ordering and picking up was very nice and thankful for the business.”

Gordon’s is open every day from noon to midnight.

The restaurant has not yet constructed a website, but it can be found on Instagram at GordonsNYC.