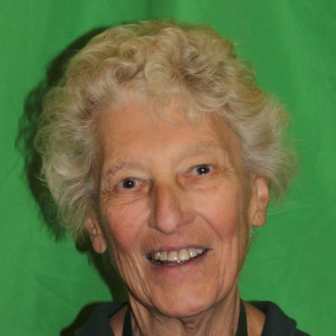 COMMUNITY SERVICE: Barbara Stuchinski is deeply involved with her community. Not only is she president of the Forest Hills Community & Civic Association, Stuchinski is also involved with the Remson Park Coalition, Community Board (CB) 6, which oversees Forest Hills and Rego Park, and the Community Emergency Response Team (CERT) of CB 6. Stuchinski’s responsibilities varey: maintaining quality of life, traffic mitigation, maintenance and landscaping of parks, providing awareness for emergency preparedness and much more.

BACKGROUND:  Stuchinski was born and raised in Forest Hills and resides there today. She considers herself a “100 percent Queens resident.” Though she is now retired, Stuchinski once worked in education as well as doing office work, but has always been involved in volunteer work.

FAVORITE MEMORY: “My favorite memory is when I convinced Parks Commissioner Henry Stern to name a playground in Forest Park after Joe DeVoy, who was president of the Forest Hills Civic Association before me,” recalls Stuchinski. “It was a tremendous accomplishment, and a touching way to remember someone.”

BIGGEST CHALLENGE: “My biggest challenge was definitely securing a space for the schools on Woodhaven Boulevard and Metropolitan Avenue,” said Stuchinski. “It was a huge fight that took 17 years.”

INSPIRATION: “My inspiration has been watching people who do things for other people, I’m just aware of it,” said Stuchinski. “My parents taught me, if you see someone who is less fortunate than you, you should reach out.” While Stuchinski realizes it isn’t always easy devoting so much time to others, she truly believes in being altruistic. “If you’re just here to take care of yourself, there’s no point in being on Earth.”