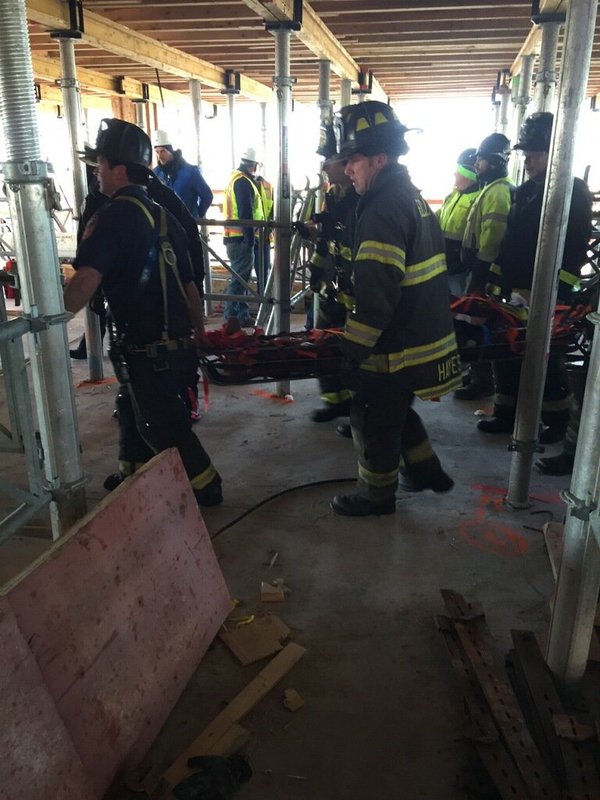 A construction worker at the site of Flushing‘s SkyView Parc condominium development was injured when a 70-pound metal beam fell on his back on Thursday morning, authorities reported.

According to the Fire Department, the worker suffered bodily trauma but was conscious and alert. Paramedics took him to New York/Presbyterian Hospital for treatment of his injuries; he was listed in stable condition.

The man was likely working on the site of two condominiums towers being built on the site as part of a multi-phase luxury development located above The Shops at SkyView Center, a 700,000-square-foot retail mall. Three residential towers will ultimately be built and the first has already been completed, with all of its units entirely sold out.