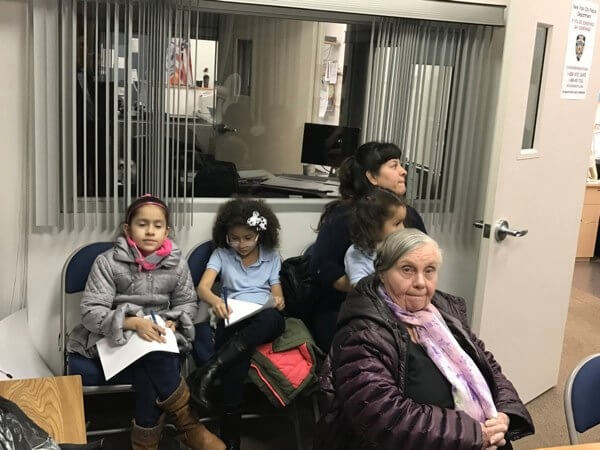 Ann Phoser Darby is no longer a member of Community Board 4 after Borough President Melinda Katz rejects her application for another two-year term.
Courtesy of Juan Restrepo

For the first time in more than three decades, Ann Pfoser Darby is no longer serving as a member of Community Board 4. The 82-year-old’s application for her latest two-year term was rejected without comment by Borough President Melinda Katz after Pfoser Darby set off a firestorm last month with comments deemed racist and xenophobic by many.

“Once Trump removes all the illegals from Corona, there won’t be anybody to ride the bike lanes,” Phoser Darby allegedly said during a meeting of the CB 4 Transportation Committee. Transportation Alternatives organizer Juan Restrepo posted the quote on Twitter, and the tweet went viral around the borough.

City Councilwoman Julissa Ferreras-Copeland (D-East Elmhurst) demanded the immediate removal of the former school teacher who has been on the community board since 1987.

“This is a shockingly racist and xenophobic statement from a public official,” Ferreras-Copeland said. “Such comments, which are unambiguously racist and morally repugnant ,will not be ignored nor met with silence or indifference.”

CB 4’s leadership countered that Darby never said that and they had an audio recording to prove it. They sent it to Katz, who had the power to remove Pfoser Darby.

“These types of comments by public servants are never acceptable,” Katz said after listening to the recording.

When asked about the discrepancy between Darby’s recorded comment and his tweet that started the controversy, Restrepo said what he heard was not on the recording.

“There were two separate occasions when she was speaking to the members of the Transportation Committee, one of them was not recorded,” Restrepo said. “The one that was recorded has her using much softer language making the same point. I have to admit I’m no stenographer, but when you hear something like that, you say ‘I cannot believe I just heard that’ and you try to record it as best you can.”

Pfoser Darby would make matters worse talking to reporters in the days that followed. In an interview with NBC she said, ”They were telling me ICE is going through Corona, Jackson Heights and Elmhurst, so when ICE goes through, logistically speaking, they’re not going to have people using bike lanes.”

In an interview with WPIX she insisted she is not a racist.

“I have two godchildren that are Oriental,” she said.

“OK,” Darby said. “The Asian people, whatever. Does that make any difference, Asian, Oriental? Is there a difference?”

Another reporter conducting a phone interview repeatedly asked Pfoser Darby if she realized she was speaking with a reporter. She said yes and continued making it worse for herself.

When Katz made her appointment decisions at the end of March, she decided she would not renew Pfoser Darby’s application for reappointment for 2017 to 2019. Katz’ spokeswoman, Sharon Lee, said the borough president said, “We never disclose why any application — whether former members or first-time applicants — is denied.”