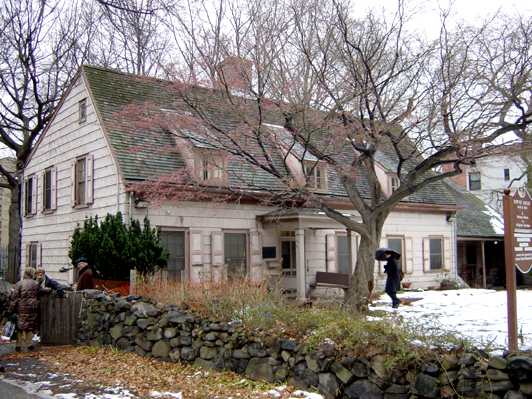 There’s more than just tennis and the World’s Fair in Queens. U.S. Rep. Grace Meng wants to add the roots of American religious freedom to Queens’ list of accomplishments.

A bill, sponsored by Meng, would require the government to look into funding Flushing sites like the Bowne House and Quaker Meetinghouse, according to the Library of Congress. These sites are associated with the 1657 signing of the Flushing Remonstrance, the document recognized as the forerunner of religious freedom in America.

Her bill won a majority in the House of Representatives on Monday night.

“The passage of this legislation brings us one step closer towards many more Americans learning about the important role that Queens played in the history of religious freedom in America,” Meng said.

If the bill passes the Senate and is signed by President Barack Obama, the Flushing sites would receive federal funding and, according to Meng, result in increased tourism.

“Not only would the two facilities become more well-known, but the sites would stand to receive many more visitors each year, and more tourism translates into more dollars for the Queens economy,” she said. “It’s time for more people across the country to know about the Flushing Remonstrance, and putting these sites on a national stage is a sure way to accomplish that.”

Rosemary Vietor, vice president of the Bowne House Historical Society, was “thrilled” to hear the news and said that the study would help lift the Flushing Remonstrance signing out of obscurity.