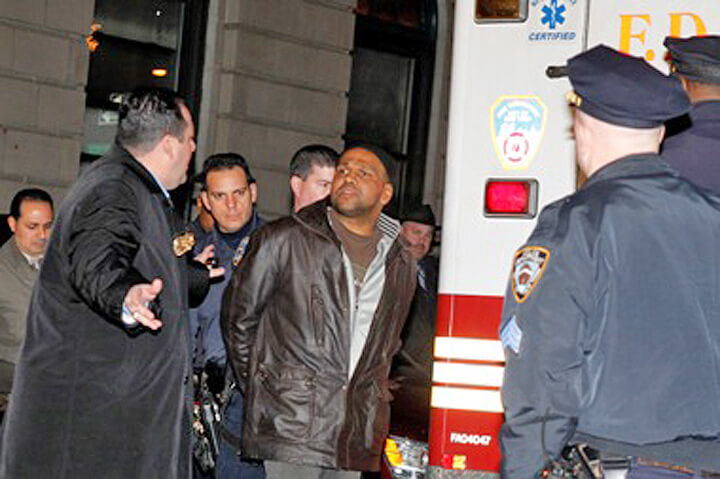 Already serving a 20-year state prison sentence on a hate crime charge, a Queens Village man convicted of torching several Jamaica mosques back in 2012 is heading to federal prison.

“Lengend’s firebombing of houses of worship out of hatred of certain religions and races is the antithesis of what this country is all about,” Donoghue said. “Such hate-filled crimes, through which he spread fear and endangered the lives of first responders and others, will never be tolerated by the Justice Department or the American people.”

Lengend’s fiery rampage occurred during the early morning hours of Jan. 1, 2012, first throwing a Molotov cocktail at a Hindu temple located within a home on 170th Street in Jamaica, causing a fire on the front lawn. He then hurled similar incendiary devices — glass bottles filled with gasoline — at a home on 43rd Avenue and a deli located off the corner of 179th Street and Hillside Avenue. The attack on the deli caused a fire that spread inside the business.

Prosecutors said that Lengend then firebombed a home on 107th Avenue and torched Al-Khoei Benevolent Association, a mosque located at 89-89 Van Wyck Expwy. Both the home and mosque suffered exterior damage as a result of the fires.

Cops caught up to Lengend the following day and took him into custody. Law enforcement agents said that he confessed to the crimes and stated that he “hated Arabs, Muslims and Middle Easterners” and sought to “take out as many Arabs possible.”

Remarkably, no one was injured in the firebombing spree.

In September 2017, Lengend pleaded guilty in state court to first-degree attempted arson as a hate crime.

L’oeil Nu: Moving Beyond the Paranoia