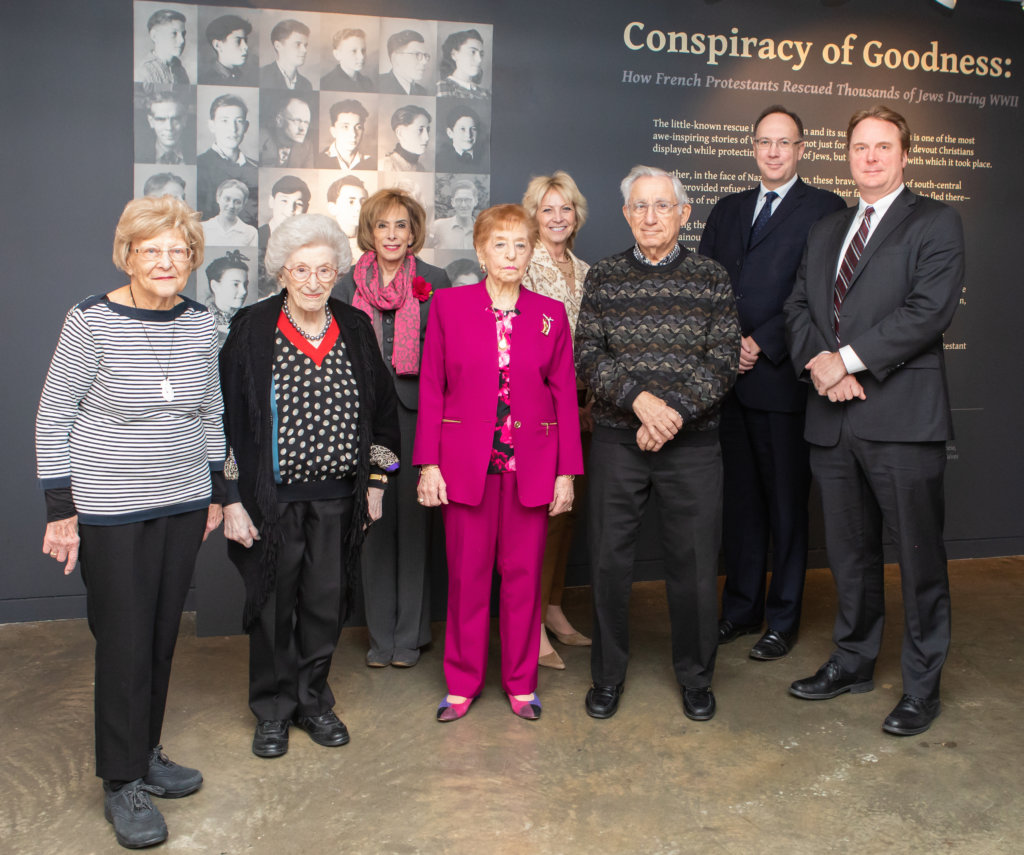 This month marks the 80th anniversary of the Kindertransport, an organized rescue effort that shipped Jewish children to the United Kingdom during the Holocaust.

The Kupferberg Holocaust Center at Queensborough Community College in Bayside commemorated the anniversary by inviting four of the survivors to speak about the experience that changed their lives forever.

Beginning in December 1938, 10,000 predominantly Jewish children from countries such as Germany, Austria and Poland were taken aboard the Kindertransport. Though they were spared from the horrors of concentration camps, most of them would never see their families again.

Four of those children — Anita Weisbord, Ellen Zilka, Manfred Korman and Hannah Deutch — are now in their late 80s and 90s and currently live in Queens.

The four survivors recalled growing up in their respective countries and the general consensus was that their lives were good until up until Hitler came into power.

“Everything a child needs, I had, until the day Hitler marched into Austria,” Weisbord said. “On March 13, 1938, that was the end of my childhood as I knew it.”

“You just hoped that when you left your house you came back alive,” she added.

In March 1939, then 15-year-old Weisbord said goodbye to her family and boarded a train bound for a connecting trip to England.

In 1938, Zilka remembers how she had to leave her comfortable life in the Berlin suburbs for an apartment that she had to share with her parents, her brother and another Jewish couple. At the time her parents were trying to find ways to get visas to leave the country, but plans for that fell through.

“They somehow heard about the Kindertransport and put both of our names on it,” said Zilka, who was 10 years old at the time. She and her 5-year-old brother left on separate Kindertransport trains in July 1939.

Korman recounted a different story as a child living in Poland at the time. The Hitler regime expelled Polish citizens living in Germany in order to send them back to their motherland.

Korman, his brother and their mother were brought to the Hamburg prison on Oct. 28, 1938.

“In the [Hamburg] prison they separated women with children and husbands and fathers, and we did not get together until the end of the day when they collected us again and took us to the Hamburg railroad station.”

In June 1939, Korman and his brother were eventually sent off on a Kindertransport to England.

Deutch, who at the time was 16 years old, remembers life once she reached England where she had the opportunity to train as a nurse and join the British army. She felt safe in the country but recalled the attitude the British had toward the refugee children.

“The British were wonderful but they wouldn’t touch any of us until they got the ‘OK’ from the medical side,” she said.

During the one portion of the presentation, Queensborough students asked the panel of speakers a variety of questions including if they felt safe once they reached Great Britain.

The group agreed that though it was a difficult decision for their parents, living in Britain was an overall positive experience. Their sponsor families were responsible for them until they reached 18 years of age.

“The years that I spent in England, especially the ones in the British army, were the best years of my life because I felt England was ‘one for all and all for one,'” said Deutch, who added that there were no feelings of anti-Semitism in her new home.

Now, all the members of the panel participate in talks about their experience as Kindertransport survivors.

“One day I realized that one and a half million children perished in the Holocaust and I’m alive, there must be a reason. And I felt that I had to give something back to society,” Weisbord said. “Life is precious and speaking to students all the time, I feel that it’s so important to keep our story alive.”