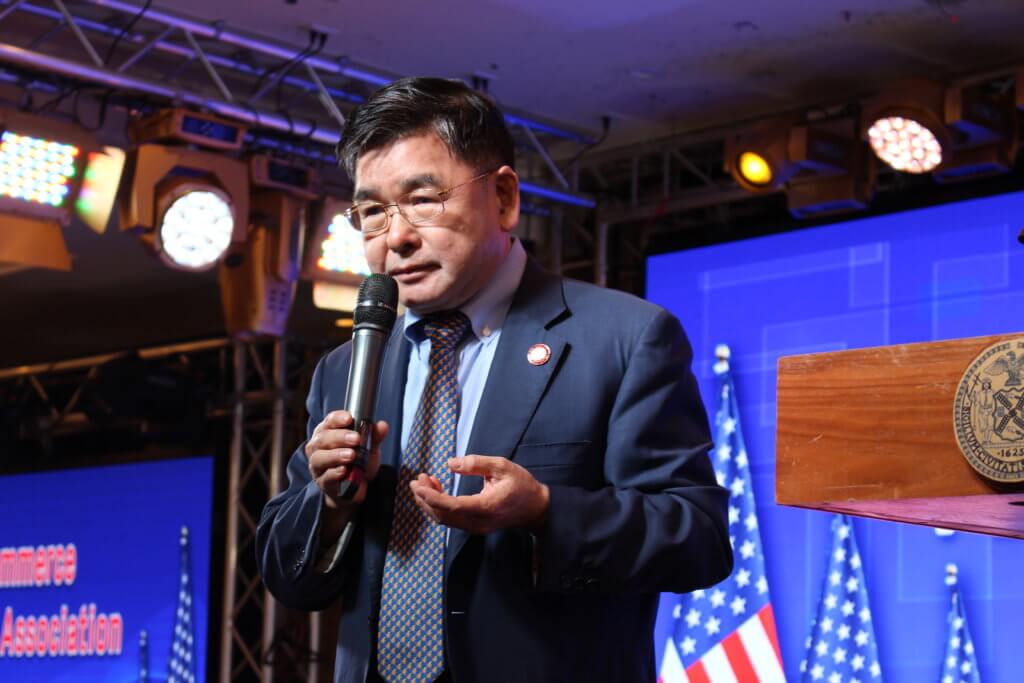 A Queens lawmaker who was assaulted and mugged by three masked assailants is offering his gratitude to local authorities for taking swift action in arresting the individuals.

On Thursday, April 9, as he was returning to his Downtown Flushing home from a walk, Councilman Peter Koo was confronted by the three attackers in the lobby of his building.

As words were exchanged and Koo attempted to call 911, the assailants tried to steal his phone, according to the councilman. Koo held on to his phone and continued to scream at the muggers, at which point they ran off.

After contacting the 109th Precinct, officers later arrested two of the assailants shortly after they robbed another person several blocks away.

Describing it as a “frightening encounter,” Koo said he maintained his composure to the best of his ability and contacted the police immediately with the descriptions and the direction they were heading.

“For this reason, authorities were able to track them down in a short time,” Koo said. “I remind our community that during these uncertain times, we must all continue to stay aware of our surroundings and take precautions against those who are looking to take advantage of our incapacitated society.”

“While I do not believe this attack was racially motivated, Asian communities in New York City have experienced a significant uptick in racist attacks since the outbreak of COVID-19, and it is important that our law enforcement continues to receive support so that they have the resources they need to protect our communities,” Koo added.