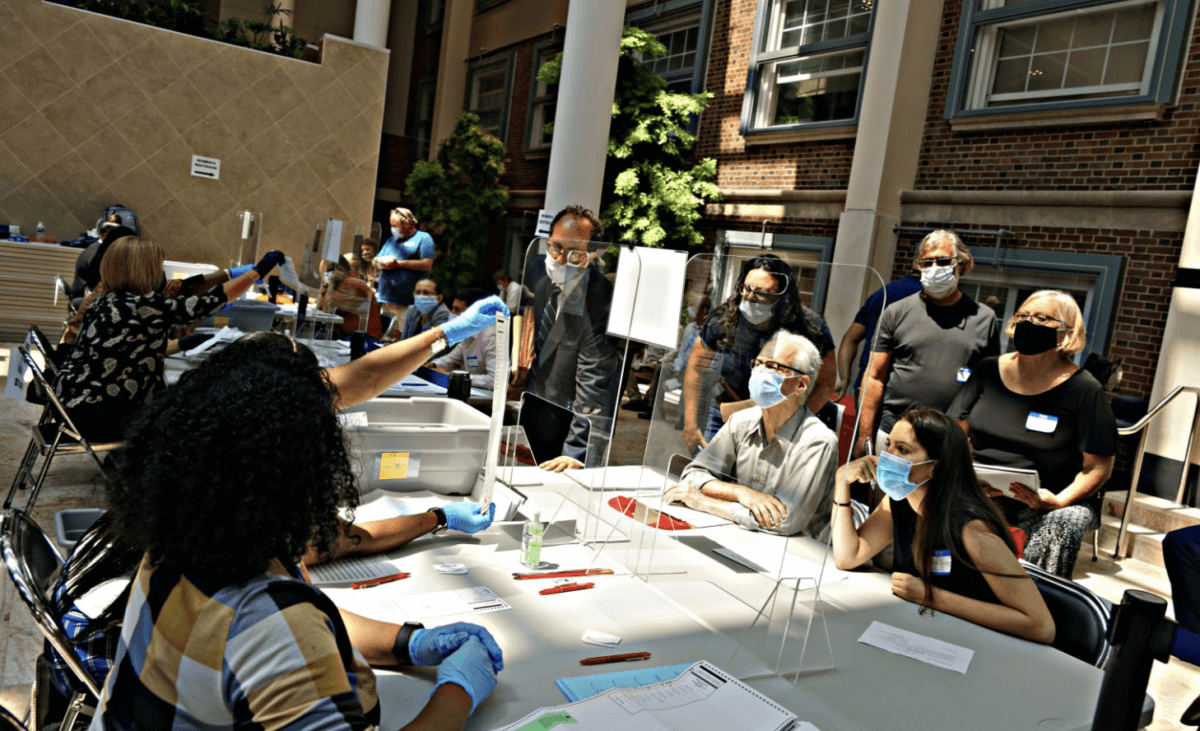 The political future of two Queens lawmakers hangs in the balance as the Board of Elections begins counting absentee ballots this week in the borough.

Congressman Tom Suozzi and Assemblyman Edward Braunstein both entered the week trailing against Republican challengers. The final fate of the races will be determined in the next few weeks as the city’s Board of Elections counts the absentee ballots, a process that began in Queens on Monday, Nov. 9.

Suozzi currently trails Republican George Santos by a little more than 4,171 votes in the race to represent the Third Congressional District.

The incumbent, hoping for his third term in Congress, expressed his confidence in the race on Monday, assuring his supporters that once the absentee ballots are counted, he will be victorious.

“We will win. It will take two weeks,” Suozzi said in an email to his supporters.

Despite the current tally, Suozzi, hoping for a Joe Biden-style comeback in the count, has some reason to be confident. Of the approximately 98,000 mail-in ballots cast in the district, which covers parts of Queens, Nassau County and Suffolk County, about 52 percent of them were cast by registered Democrats, a total that accounts for around 25 percent of the overall vote. Republican voters accounted for around 19 percent of the absentee ballots.

On Election Day, Suozzi suffered in Long Island, losing by approximately 1,500 votes in Nassau and by 6,005 votes in Suffolk. The absentee ballot count in Nassau was scheduled to begin on Wednesday, Nov. 11, and in Suffolk on Monday, Nov. 16.

Despite leading in the count, Santos, a Jackson Heights native, has taken to social media to cast doubt on the counting process. Providing no evidence, the challenger claimed his campaign had been “flooded with reports of irregularities.”

Both Santos and Suozzi have withheld from declaring themselves winners of the race. Santos, like Suozzi, is confident that once the votes are counted, the he will be named the winner.

“Our campaign was considered by many as the underdog in this race to beat a career politician like Tom Suozzi, yet here we are,” Santos said in a statement. “Once all the ballots are counted, we remain confident that we will maintain our lead and finally unseat Rep. Suozzi. As the responsible candidate in the race, I will not declare victory until every vote is counted. In democracy you cannot just declare yourself the victor, it is up to the people, and on election day, the people of my district gave a clear repudiation of the job Tom Suozzi has done in Congress.”

Much like Suozzi, Democratic incumbent Edward Braunstein trails in the current count in his Assembly race against Republican challenger John-Alexander Sakelos.

“We’re really confident that even when all the absentee ballots are counted, we’re going to maintain our lead,” Sakelos said on Monday.

“Once the thousands of Democrats have their votes counted and their voices heard, we are confident Edward Braunstein will be returning to the Assembly,” Braunstein’s campaign said in a statement last week.

While the city’s Board of Elections used Monday to take care of administrative tasks in preparation for the absentee ballot count, the vote tally began in earnest on Tuesday, Nov. 10. The Board of Elections in Queens began counting ballots in the 23rd, 28th, 29th and 30th Assembly Districts.

At the end of each day of counting, the Board of Elections will announce which districts will be counted the following day.