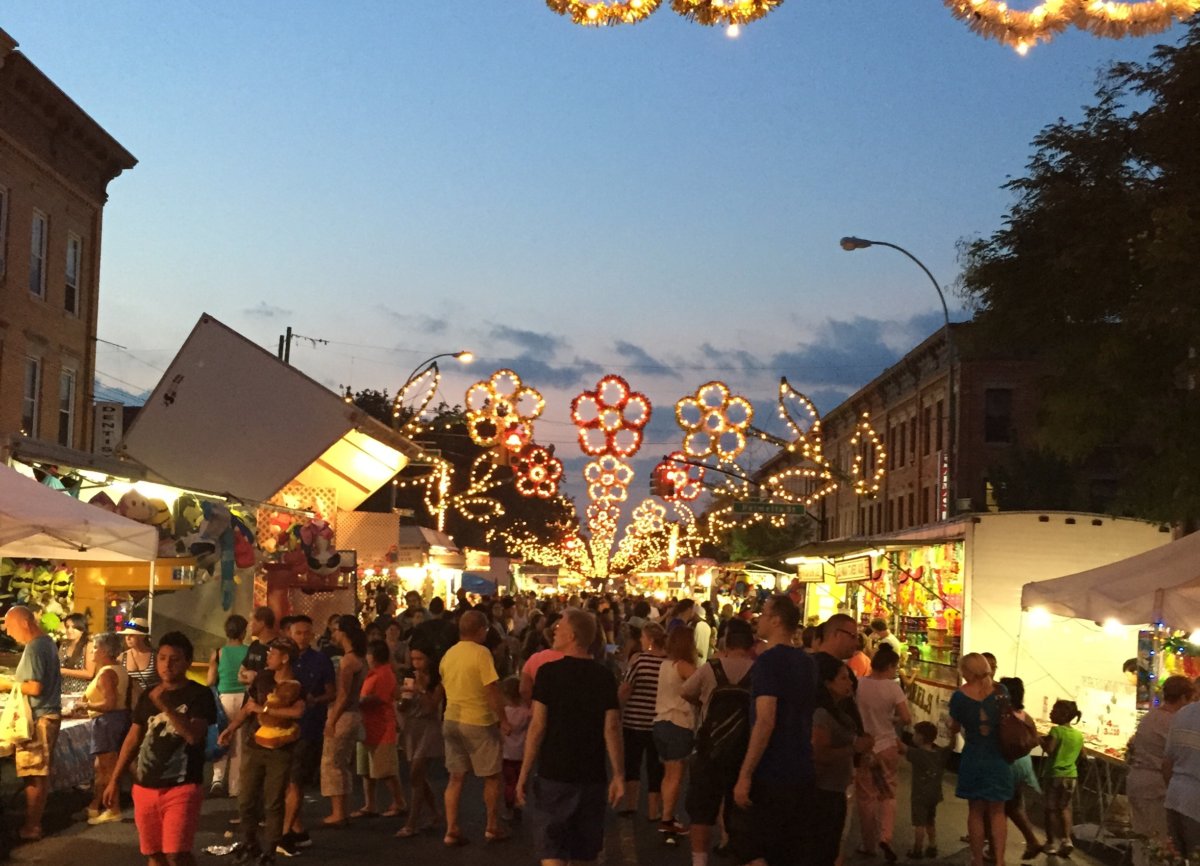 (Photo courtesy of the Federazione Italo-Americana Di Brooklyn and Queens)

As we look forward to 2023, QNS is looking back at some of the top stories throughout 2022. Below are the top stories from the month of September. Topics range from the dark, such as the senseless killing of an EMS lieutenant, to the light, such as a street festival returning for the first time since the pandemic hit.

EMS lieutenant Alison Russo-Elling was fatally stabbed in Astoria on the afternoon of Sept. 29. Russo-Elling was 61 years old, having served for the EMS for 25 years.
Russo-Elling had been getting food near an EMS station she was assigned to about half a block away from the corner of 20th Avenue and 41st Street. At approximately 2:15 p.m., the alleged perpetrator, Peter Zisopoulos, 34, brandished a knife and stabbed her numerous times. Russo-Elling was transported to Mount Sinai Queens, succumbing to her injuries there.
Zisopoulos was chased by an eyewitness of the attack to his third floor apartment at 19-80 41st St. Members of the Hostage Negotiation Team and Emergency Service Unit were called upon to talk the suspect into coming out and surrendering, eventually succeeding. After being arrested and held by the 114th Precinct, Zisopoulos faced charges of murder and criminal possession of a weapon.

“This is a painful time for everyone,” Mayor Eric Adams said. “I served with EMS as a police officer. I know what they do every day. Every day they do their job in a manner many of us don’t realize how dangerous it is. She was working for this city. She paid the ultimate sacrifice because of that.”

Ridgewood’s annual Fresh Pond Road Street Festival returned this year for the first time since before the COVID-19 pandemic hit. The festival brought fun, food, music and entertainment to the community over the course of four days.

Held by the Federazione Italo-Americana Di Brooklyn and Queens, the event ran from Sept. 8 to 11. A portion of Fresh Pond Road for a five-block stretch between Woodbine Street to Menahan Street was closed off to host the festival.

“This is an annual tradition and were proud to be able to share this tradition with the community each year, where people of all ages can come and enjoy the food, entertainment and rides,” Federazione Managing Director and Adviser Michael Conigliaro said. “As the years go on, people who move out of the neighborhood get the opportunity to come back and enjoy time in the neighborhood and enjoy the amenities of the festival.”

The festival featured food and drink vendors, fun games, rides and live entertainment. Among the artists who performed at the event were DJ Roberto, Joe Nastasi, Angelo and Maria Venuto, Biagio, Luigi Trombetta and LDE Dance. Additionally, vendors at the festival handed out important and beneficial information to the public in the areas of education and healthcare issues.

A new, two-floor indoor and outdoor multifunctional venue called Gamehaus opened its doors on Sept. 21 at 5-14 51st Ave. in the heart of Long Island City.

Gamehaus serves as a sporting club, restaurant, arcade and beer hall. They offer from a selection of more than 20 beers, mostly from NYC and tri-state area microbreweries, alongside an array of craft cocktails, mocktails and bar food, elevating comfort food classics.

The venue is family-owned and operated by co-owners Stephen Cheng and Corissa Leong, in partnership with El Grupo SN, a New York-based hospitality company.

“We wanted to create a multifunctional entertainment venue that best represents and appeals to the residents of our neighborhood,” Leong said. “Whether it be an individual looking for a place to have a great meal with a wide selection of beer, cocktail [or] mocktail options, to friends looking for a place to catch up while watching the big game, or a young family looking to host their kids’ birthday parties in our upstairs arcade and games loft, we aim to find a spot where there is something for everyone.”

More than a dozen large-screen TVs are scattered above the tables and banquet area of the 5,000-square-foot property. Gamehaus also features an 11-foot-tall LED video wall. The main gaming area, found upstairs, features several classic arcade games, including Pop-A-Shot, Skee Ball, Ms. Pacman, Atari Pong and Jurassic Park, with more to be added over time. There are also several classic table games that can be found there, including cards, tableside shuffleboard and chess, among others.

Gamehaus also prides itself on its dining experience. Several of the opening menu items feature meals inspired by vintage arcade games, including the super mushroom burger and jalapeno balls, both inspired by Super Mario Bros. All food on the menu is prepared fresh in-house.

P.S. 28Q Principal Robert Quintana and numerous staff members jumped into action to save their students and fellow staff members after an emotionally disturbed man entered the school through an open front door on Sept. 15. The 18-year-old man reportedly became agitated and combative with staff members before attempting to harm himself.

Principal Quintana, who practices jiujitsu martial arts, joined a school aide in bringing down and restraining the individual before a school safety agent handcuffed him as they waited for the police to arrive on the scene. The incident took place shortly before dismissal for the students, with police responding to the call at approximately 1:47 p.m. According to police, the man was taken to NYC Health + Hospitals/Queens for further evaluation.

Principal Quintana and his fellow staff members were recognized for their call to action by Community Education Council 24 during their virtual meeting on Sept. 20. They received a standing ovation for their brave actions.

“I just want to congratulate Principal Quintana and his staff,” CEC 24 President Matthew Crescio said. “They did an amazing job. They prevented the situation from escalating and they’re true heroes and should be recognized as that.”

CEC 24 Superintendent Madelene Chan expressed her gratitude to Principal Quintana for acting quickly to protect the students and ensure no harm came to anyone. She felt the actions taken exemplify the extent to which principals may be willing to help their students and communities.

“I was doing my job,” Principal Quintana said. “That is my family and I will always protect my family and I would do it again. The people around you in your environment reflect who you are and clearly I’m in a wonderful district with a wonderful CEC and superintendent and a wonderful staff that did jump in and help.”

Principal Quintana also said the incident gave him a deeper appreciation of time. He felt it could turn in an instant.

“We certainly should take an opportunity, not only to have conversations and make changes in the city and district that will make our community safer, but also to take the time to reflect on it and to appreciate what we should do with that time,” Principal Quintana said. “For me, it’s giving someone you love an extra kiss or saying something nice that you might not normally say to someone.”