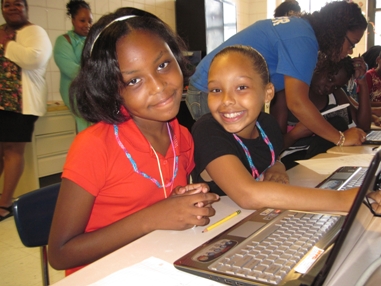 Photo courtesy of The Child Center of NY

The support greatly touched Deep Ghosh, director of youth development for The Child Center of NY, which provides 15 after-school programs in Queens — and he hopes it will move him once again.

The after-school program money that was restored last year will run out in late June, and, despite protests, the mayor’s Fiscal Year 2014 preliminary budget still axed 700,000 hours, or around $135 million, from these programs.

“Just like last year, 47,000 children are set to lose access to after-school and early education programs – programs proven to help children succeed while parents work to support their families,” said Michelle Yanche, assistant executive director for government and external relations at Good Shepherd Services. “The same parents and providers will be forced to fight for the same funding that they were just given a few months ago. How can this be happening, after all we’ve heard from our city leaders about making children a priority?”

The Child Center of NY depends on approximately 75 to 80 percent of its funding from the city’s Department of Youth and Community Development (DYCD), said Ghosh.

With these cuts, around 1,000 of their children would not have programming that keeps them safe and helps support working parents, he said.

During last year’s proposed cuts, some parents told Ghosh that they would need to quit their jobs if there were no afterschool programs for their children.

Though the mayor’s budget included $6.5 billion in savings, it also made other cuts affecting the city’s students, after millions in funding and grants were lost when teacher evaluation talks failed last week.

According to the mayor, these cuts could result in the loss of 700 teachers through attrition this year, $67 million less for school supplies and the reduction of extracurricular funds.

For a full summary of the mayor’s financial plan, visit www.nyc.gov/html/omb.