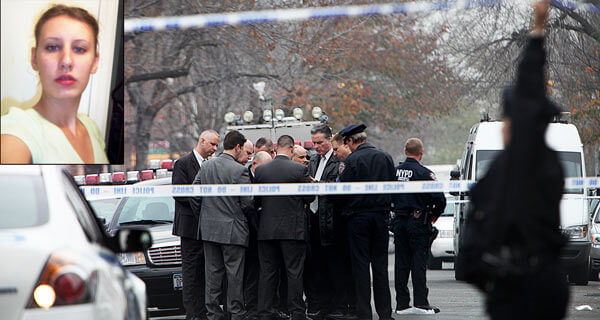 A Queens man was sentenced to 30 years in prison for fatally shooting his stepdaughter and critically wounding his estranged wife in a 2011 incident, the Queens district attorney said.

“The sentence imposed by the court guarantees that the defendant will spend a long time in prison is just punishment for the terrible tragedy he inflicted on his family,” District Attorney Richard Brown said. “It also spares his former wife from having to recount the events of that awful day at trial.”

On Dec. 5, 2011, Annarumma drove to the 38th Street residence of his estranged wife, Olga Annarumma, 57, and waited for her with a .380 semi-automatic handgun. When she walked her dog, Annarumma confronted her and threw her to the ground and kicked her in the face, the DA said.

He then dragged her to the door of her home and rang the bell. Valeria Kuzmina Lowery, his wife’s 32-year-old daughter, opened the door. The defendant stepped inside, shooting both women. He then fled disposing of his weapon in a trash bag, the DA said.

Both women were taken to a hospital, where Lowery later died from her wounds. His estranged wife was left blinded and cognitively impaired by the shooting, Brown said.

When Queens Supreme Court Justice Gregory L. Lasak handed down the sentence last Thursday, Annarumma exploded in rage, the New York Post reported. Annarumma blamed his estranged wife for having him arrested before the attack occurred.