Check out this Astoria apartment with a Parisian vibe Living in a small space doesn’t mean it can’t be packed with style. Emily Butler’s monochrome-chic space that she shares with her boyfriend Giancarlo Gagliano has a modern, European feel to it, influenced by her frequent trips to Paris. Butler is a store manager of Joie boutique in Soho.

“In my previous life I was a visual merchandiser,” she told me. “That’s the job that took me to Paris.”

This might explain her flair for interior styling and the Parisian vibe of the place. “I actually went to school to be a doctor, but when I got to Astoria, I decided I wanted to live and not go to school for years and years, so I saw an ad on Craigslist looking for a stylist,” she said. “I got the job and started jetting off to Paris! It was quite incredible. No regrets!”

Black, white and grey feature prominently in this petite Astoria apartment, giving a feeling of calm and space despite the tight quarters. “I’m a big overstocked.com girl,” Butler told me. “They have a lot of high-end pieces that you can have delivered, and the UPS guy will carry it up the four flights of stairs for you!”

Seems like a great idea, especially if you live in a walk-up.

“Yes, exactly,” Butler continued. “My boyfriend will not go to Ikea with me because, you know, it ruins relationships! My best friend and I hung everything in the apartment so there were no arguments.”

Various candles were lit around the apartment when I arrived, which made the place not only feel cosy and romantic, but smell delicious, too. Butler explained that she is not a fan of harsh, overhead lighting and instead opts for soft lamps and candlelight. “The lamp is actually from Target; I think it cost $40,” she said. “I found it via Pinterest and I used a vintage lightbulb in it to make it special.” In another corner of the room I noticed a large palm, which added a burst of green to the monochrome scene.

“Sadly my mom passed away very suddenly last August,” Butler said. “This plant is from her funeral, and it’s grown to be my palm tree.” I asked Butler if her mom had helped her decorate her apartment when she moved in.

“Yes,” she said. “My mom and I were very close, and we loved shopping together. She would spend the day with me in the city. We would go to a spa and get massages, have a fancy lunch and then go shopping. She always wanted to go to Housing Works and Goodwill to look at their home goods. My mom saw the print and we snapped it up for $10. Mom named her Suzanna.” In the kitchen the black, white and grey theme continues, with color being provided only by nature, in the form of a row of cacti on the window sill. “The one in the middle is called Cactus John. We picked him up at Ikea — we went once — and he has grown and grown.” 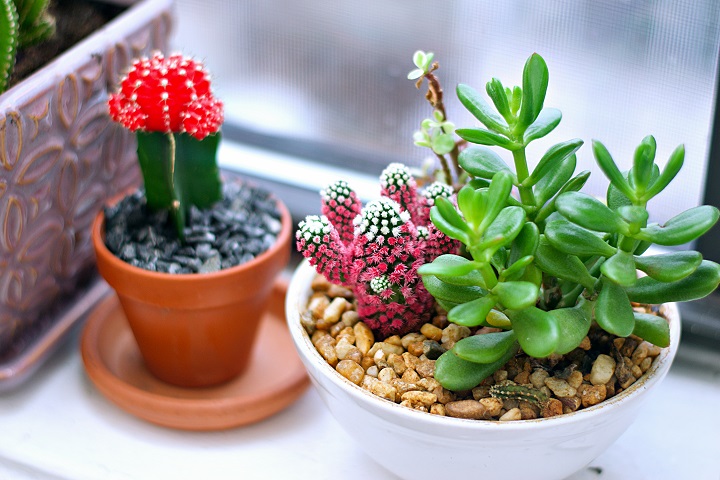 The gallery wall above the chairs feel like a scene from a Soho loft. A stylish print of Kate Moss is framed in white, next to two more fashion prints and an elegant mirror. Just being in this space made me feel cooler! Everything in this apartment has its place, and there is no clutter to be found. As the English textile designer William Morris once said, “Have nothing in your house that you do not know to be useful or believe to be beautiful.” I can only imagine he wrote that after visiting the apartment of Emily Butler. As they say in Paris, tres chic!